The Realm of Rough Telepathy

BY Ingrid Burrington and Meredith Whittaker

Ingrid Burrington presents six sigils which are magical reflections on The Realm of Rough Telepathy: story fragments, spells, sigils, incantations, and recipes that taken together provide the real and incomplete account of the pursuit, discovery, and global ascendancy of Rough Telepathy, commonly referred to as the Internet. The Realm of Rough Telepathy was originally created by Burrington and Whittaker at Rhizome’s annual Seven on Seven conference in 2016. The six sigils refer to aspects of magical command and control over the internet, including the alchemy of its physical materials, the peering agreements which enable its connections, time-keeping, and naming things. The full collection of works and texts can be found at http://grimoire.computer/.

Accompanying the sigils is a text by Burrington entitled Living with Our Daemons, originally written for Haunted Machines, which further explores the connections between information technology and magic. 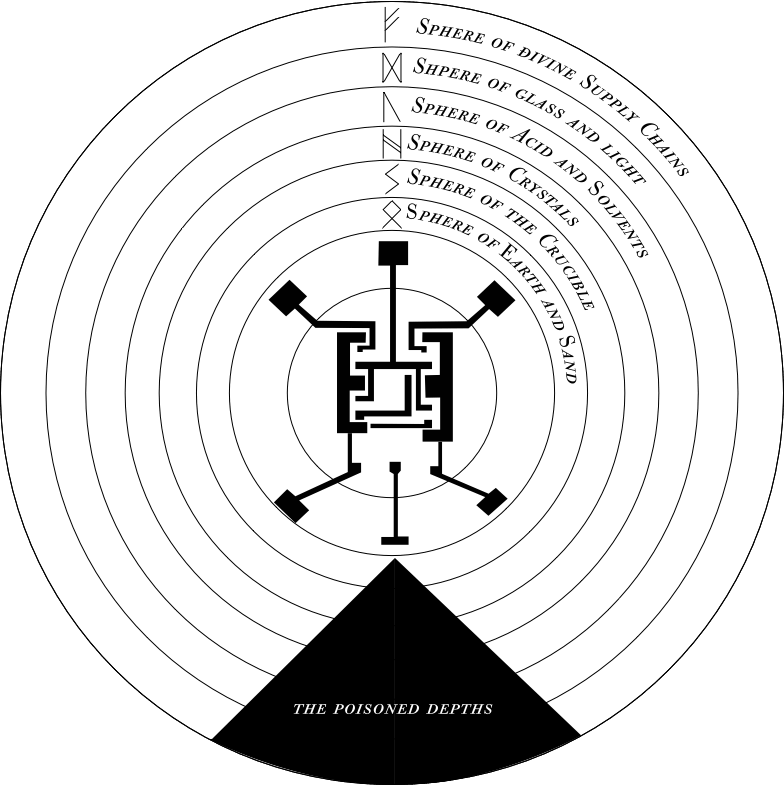 SIGIL OF THE ALCHEMISTS GUILD 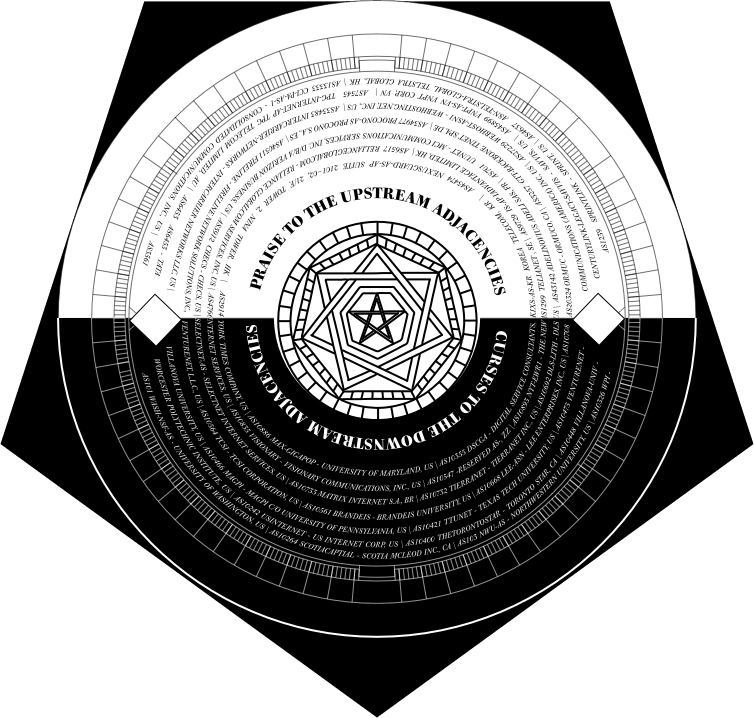 SIGIL OF THE PEERING AGREEMENT 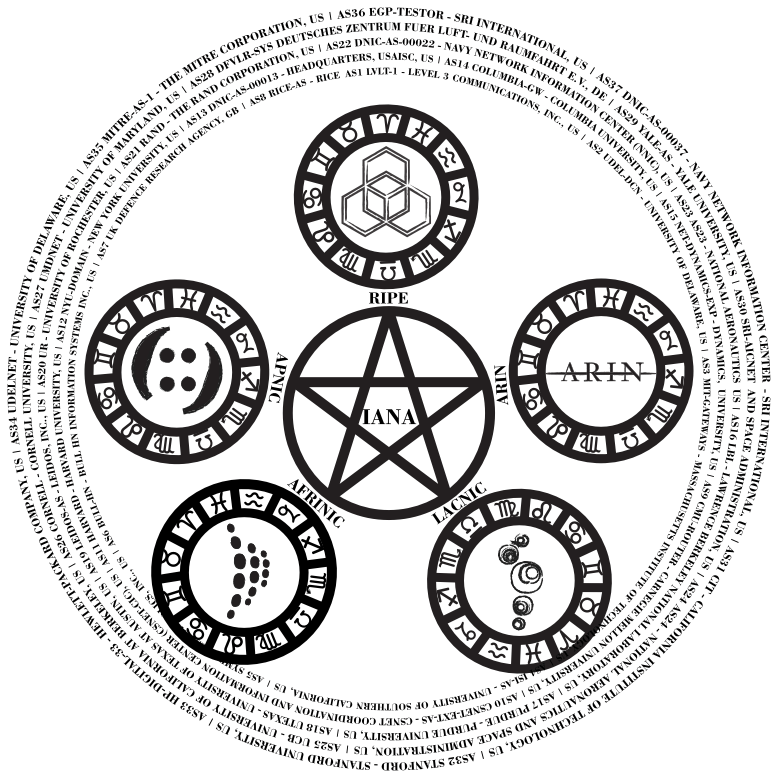 SIGIL OF THE REGIONAL TELEPATHY REGISTRIES 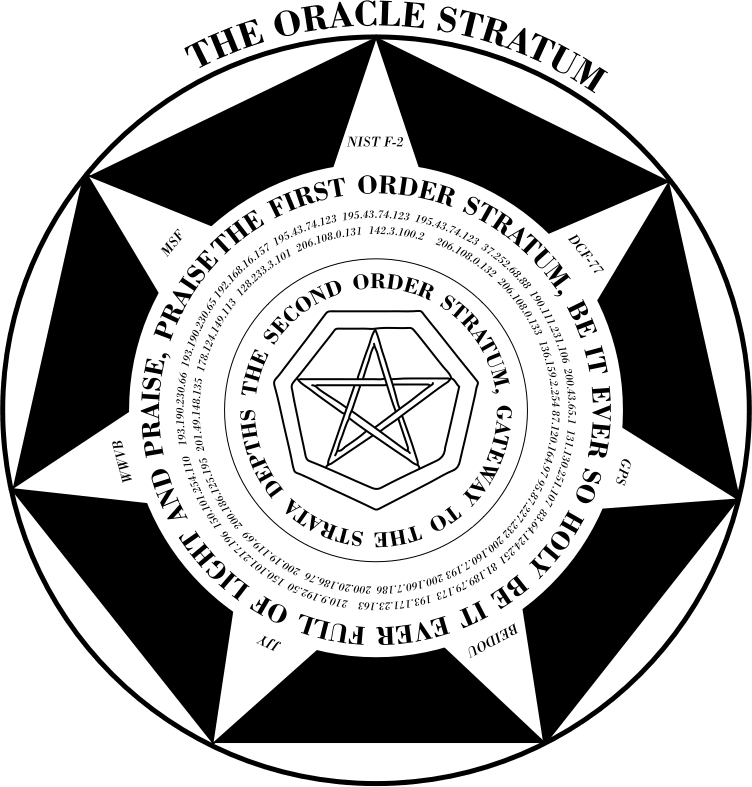 SIGIL OF THE TIMEKEEPERS 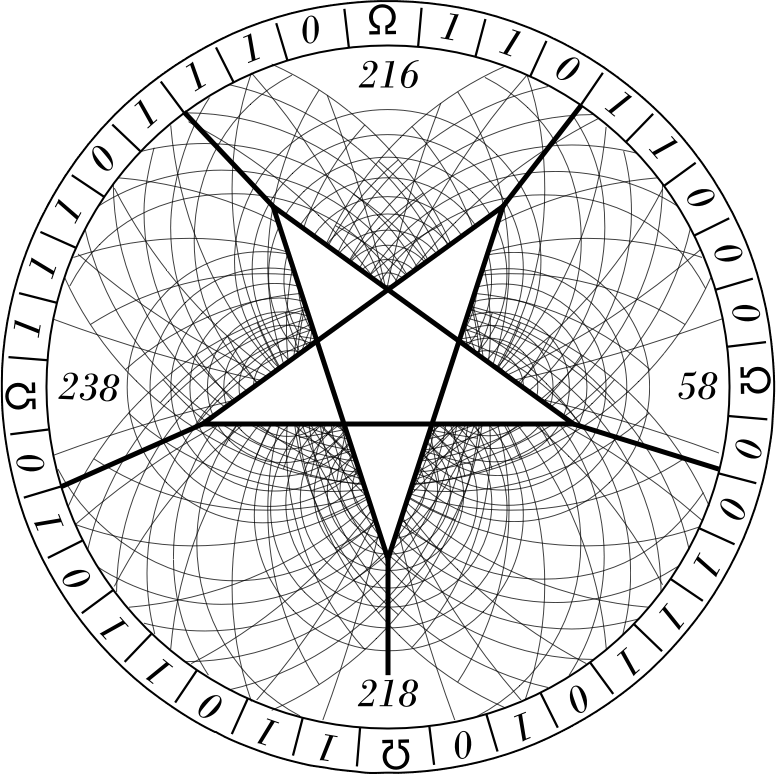 SIGIL OF THE UNIQUE RUNE OF THE FOURTH ORDER 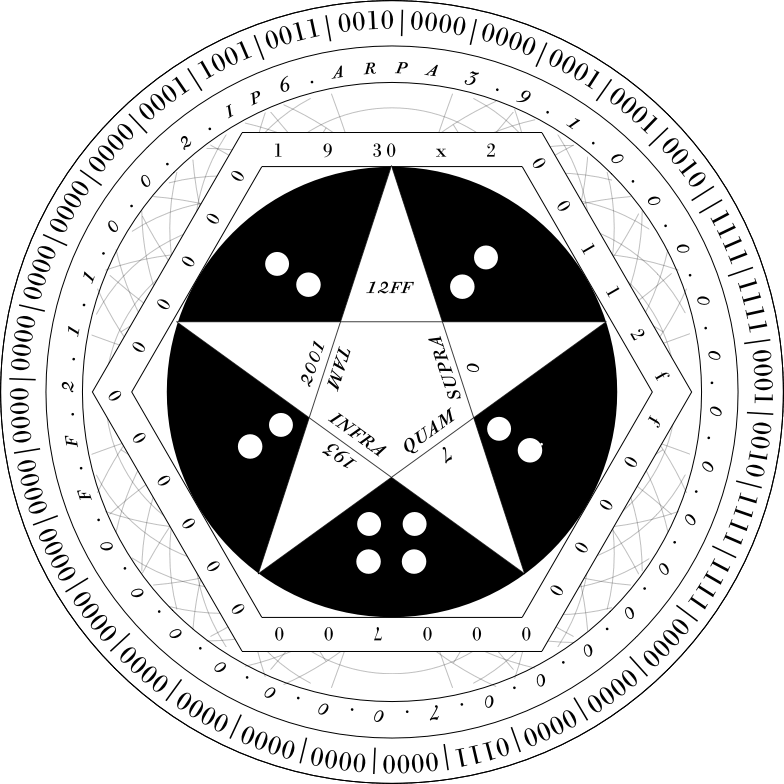 SIGIL OF THE UNIQUE RUNE OF THE SIXTH ORDER
BIO
Ingrid Burrington is an artist who writes, makes maps, and tells jokes about places, politics, and the weird feelings people have about both. She’s the author of Networks of New York, an illustrated field guide to urban internet infrastructure, and has previously written for The Atlantic, The Nation, The Verge, and other outlets. Her work has previously been supported by Eyebeam Art and Technology Center, the Center for Land Use Interpretation, and Rhizome. Her work can be found at http://lifewinning.com/.
Meredith Whittaker is the co-founder of the AI Now Institute, the founder of Google’s Open Research Group, and one of the founders and architects of M-Lab, the largest open Internet Measurement platform on the planet. She is also a poet and an occasional artist.

The full collection of works and texts can be found at http://grimoire.computer/.