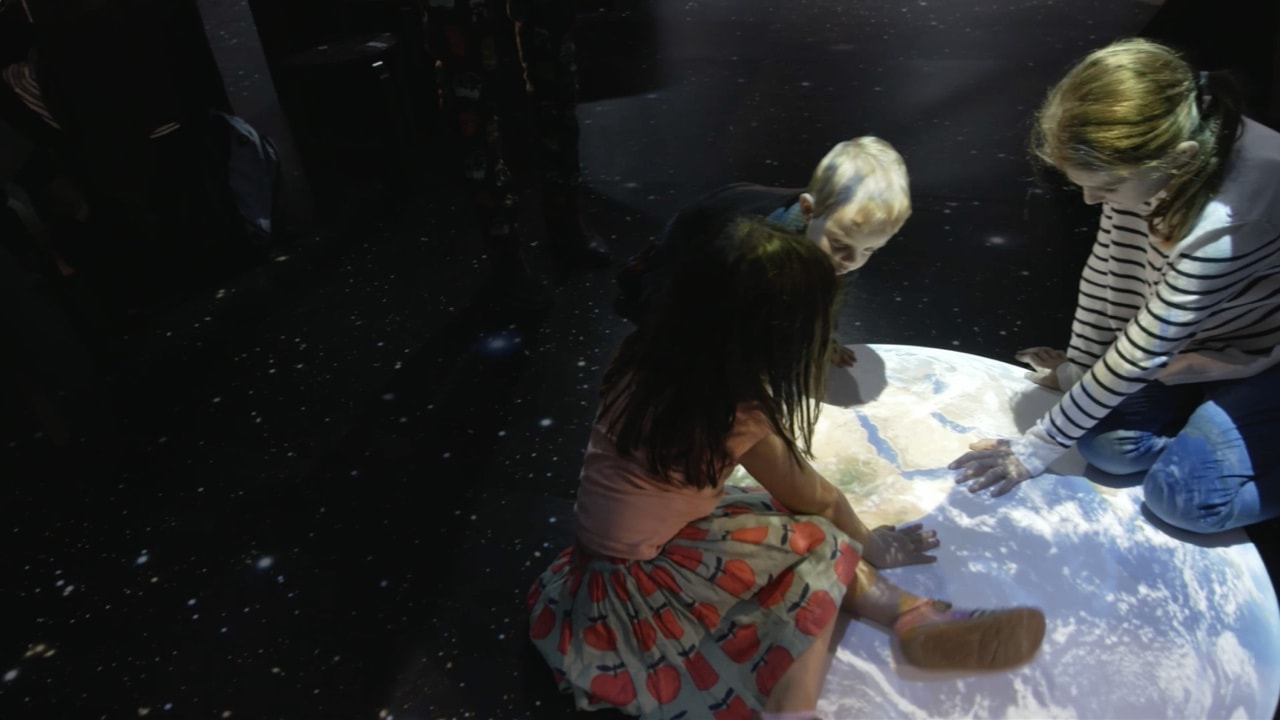 Uneasy Seasons reflects leading Australian artist Fiona Hall’s lifelong passion for the natural world and her concerns about growing pressures on the environment. Nestled beneath large treehouses are two contrasting spaces – one for children and one for teenagers – in which to contemplate environmental issues and take part in making activities. The space for children is a brightly lit environment that signals new beginnings. The dark, forest-like environment for teenagers is a night-time space in which to contemplate the vastness of the universe. Participants are invited to respond to the space with their own thoughts about the world.

The event of the Van Gogh and the Seasons exhibition at the NGV reminds us of how splendid yet at times troubling we find our world. We understand our place in it according to our accumulated experiences, outlook and inner being. My two projects for Uneasy Seasons: Who Lives Here for younger children and Send a Message for adolescents will, I hope, provide a platform for kids to express their enthusiasms, hopes and fears.

In this installation, Fiona invites children to create an animal and its habitat. There are millions and millions of different species that live on planet Earth. Animals, plants, fungi and tiny microorganisms are all living things. The group of animals with no backbone, named invertebrates – including insects, spiders and crabs – make up the majority of the animals on the planet.

Children can choose to make a small creature, such as a tiny insect, spider, earthworm, snail or crab; or perhaps a bigger creature, such as a fish, frog, lizard, bird or furry animal. Over the exhibition period numerous species, brought to life by children, will make this space their new home.

Fiona Hall’s works of art comment on some of the most important issues of our time. By transforming objects, such as cuckoo clocks and banknotes, using different materials and patterns, including military camouflage, Hall gives form to her thoughts about the current state of the world.

Today, as we communicate more frequently through mobile devices, symbols are an important way to express our feelings. We can use emojis, first created in Japan and now recognised worldwide through their use in text messages, to communicate how we feel. Hall invites young people to make an emoji to express how they feel to all visitors to this exhibition.

Fiona Hall invites young people to ‘send a message’ by creating an emoji to express how they feel about contemporary world issues. These responses were created and animated by students from Albert Park College, Albert Park.