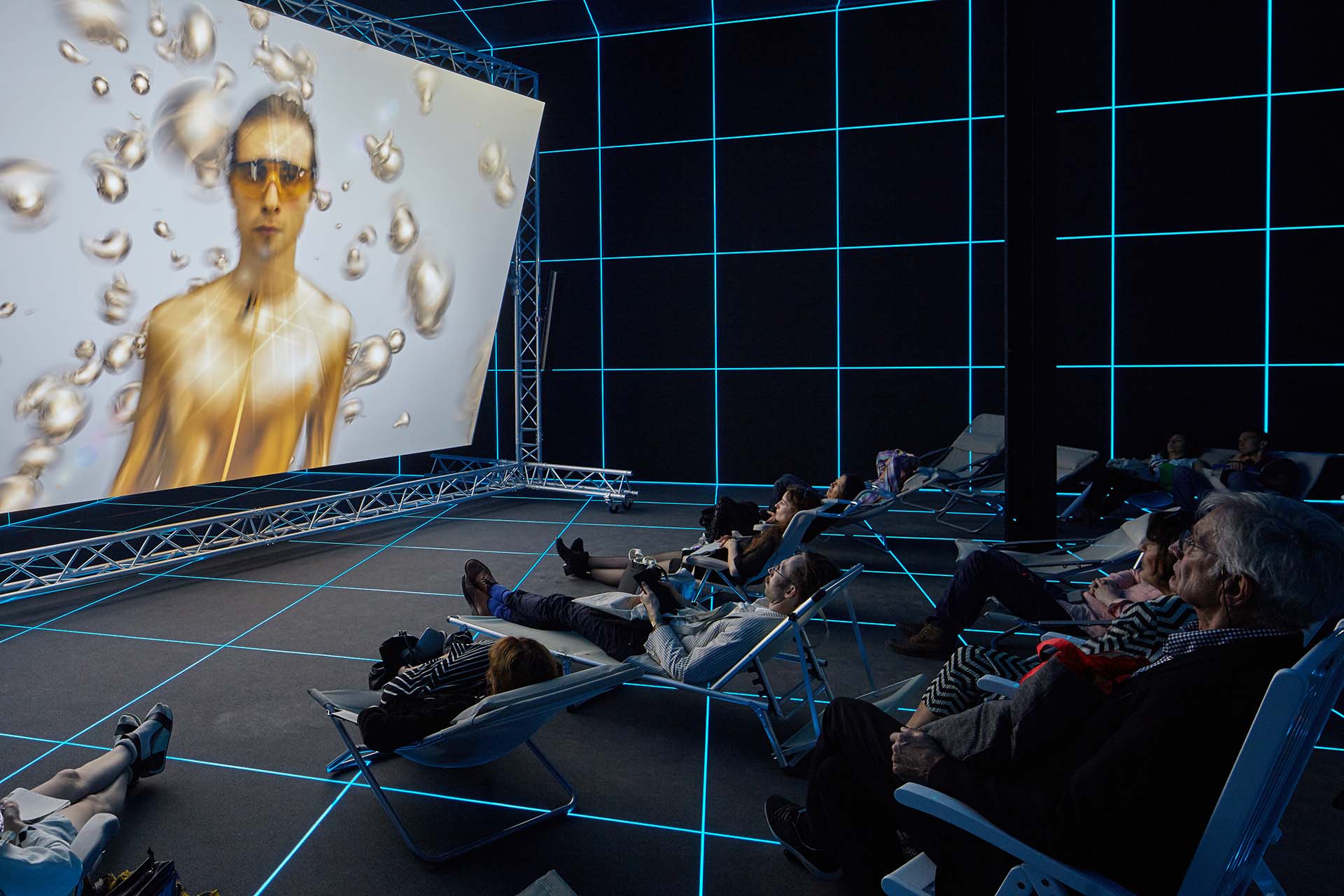 Factory of the Sun

The NGV presents German-born, Hito Steyerl’s landmark video installation Factory of the Sun. This is the Australian premiere of this immersive work, which was first shown at the 2015 German Pavilion at the 56th Venice Biennale.

Steyerl’s work takes the digital image as a point of departure for explorations of the ethics, politics, economics and aesthetics of our digital present in ways both critical and playful. She is one of the most critically acclaimed artists working in the field of video today. As the New York Times writes, Steyerl ‘represents a new paradigm of the artist not as solitary genius but as networked thinker.’

Factory of the Sun is an immersive video which samples different genres of moving image including documentary film, video games, drone surveillance, advertising, news footage, and YouTube dance videos. The video tells the story of workers whose forced actions in a motion capture studio are turned into artificial sunshine. The light produced serves as a metaphor for the light emitted from digital screens, and the electromagnetic frequencies used to transmit information around the globe. Steyerl uses light to point to the ambiguous relationship between individual agency, economic interests and indiscernible power in our technologically mediated age. Shifting between playful and menacing, Factory of the Sun draws viewers into a game-like world that nevertheless reflects contemporary questions.