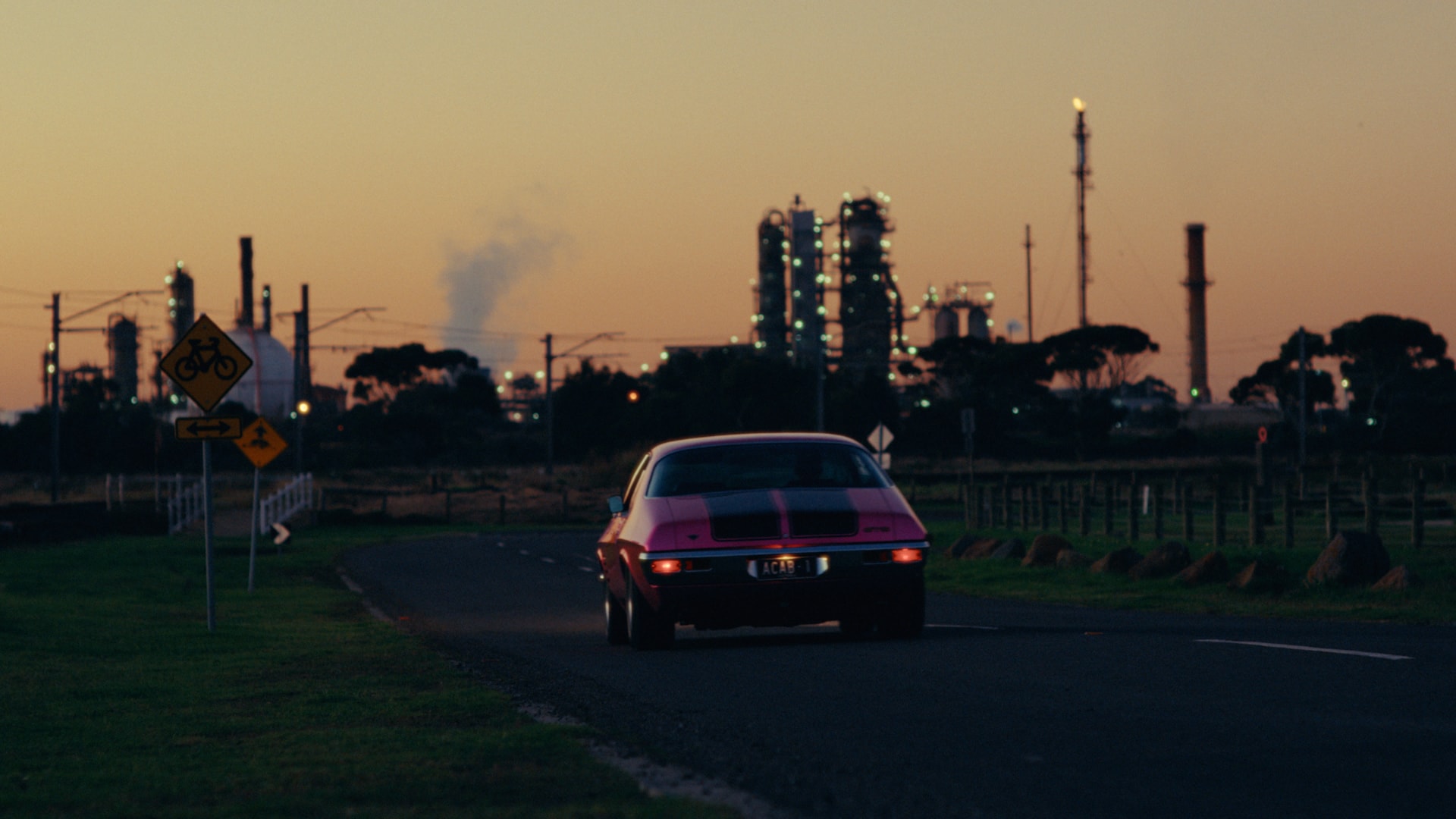 NGV is closed to the public today

A 1973 Holden Monaro coupe revs its engine, tires squeal and the smoke from burning rubber billows through Melbourne’s western suburbs. But the car’s decked out in hot metallic pink and there’s opera on the stereo. This is Initiation OA_RR, a new video work by celebrated visual artist Reko Rennie.

Initiation OA_RR was originally commissioned for the Melbourne Arts festival RISING and is a follow-up to Rennie’s 2016 work OA_RR. Rennie’s work is informed by 1980s American culture. He started his practice as a teenager graffitiing the inner-western suburbs of Melbourne, finding his voice on the side of buildings, trains and laneways.

The pink Holden Monaro at the centre of this video cruises the working-class landscapes of Rennie’s youth in Melbourne’s west. At an open tarmac, he puts the customised Monaro through a series of burnouts, referencing ‘Westie’ drag-racing culture, as well as First Peoples initiation practices in an urban context, and the traditional sand engraving motifs of the Kamilaroi/Gamilaroi people.

It was commissioned through RISING’s A Call to Artist initiative, a program supported by Creative Victoria, City of Melbourne and Besen Family Foundation.