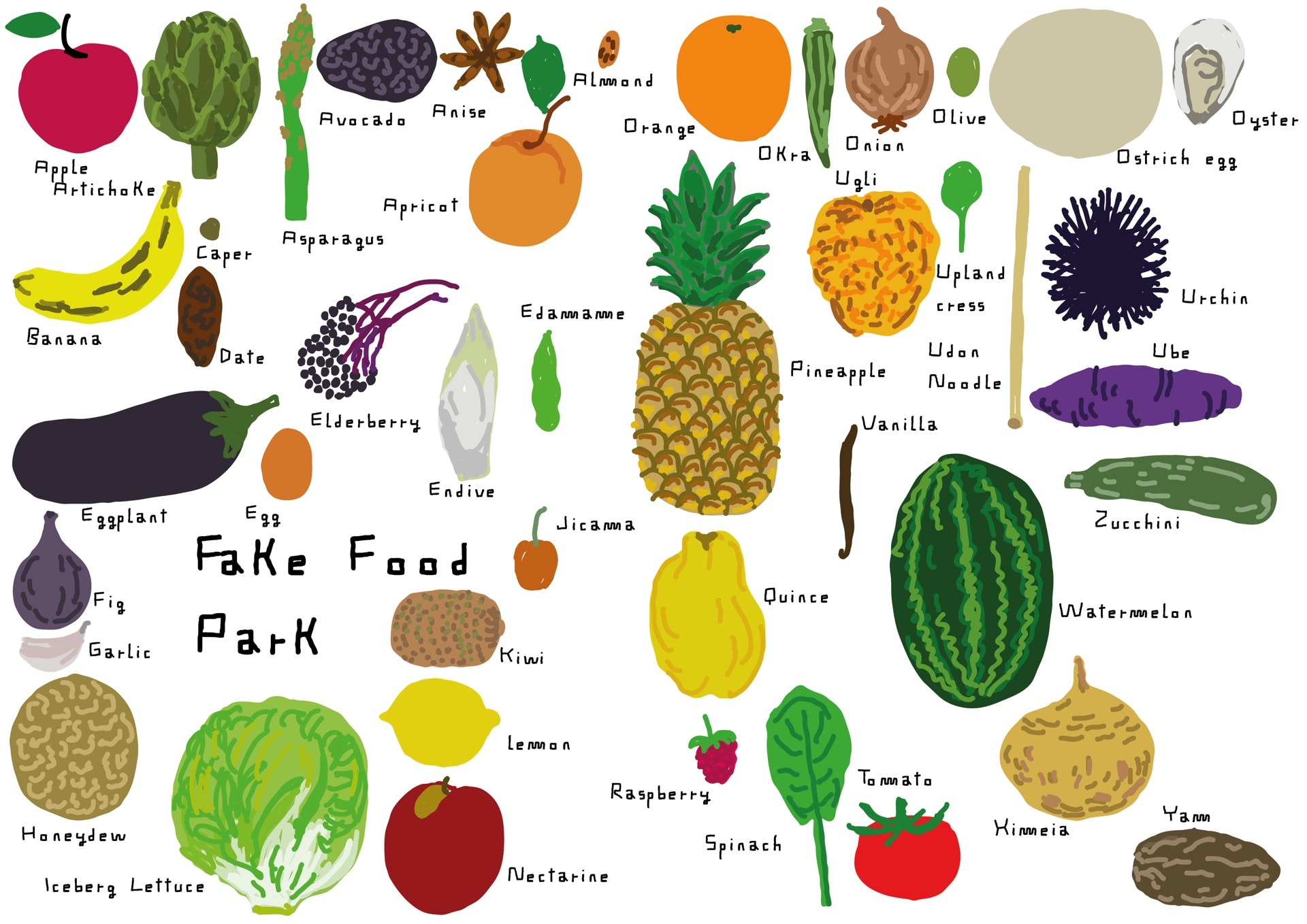 Especially for NGV Kids, Catalan food designer Martí Guixé has created a vibrant environment in which children are inspired to think creatively about common foods via drawing challenges and hands-on activities.

Just like designing a piece of furniture, Guixé thinks about food as an object that can be designed or reshaped. When he began food design in the late 1990s, Guixé noticed that many dishes had not visually altered over long periods of time. One of Guixé’s first food designs, called SPAMT, was inspired by a traditional food from Catalonia – bread topped with squeezed tomato, olive oil and a sprinkle of salt. Thinking that the dish was out-dated, the designer reimagined the snack as a bright red sphere – the tomato became the container for the bread, oil and salt. The contemporary design enabled people to eat at their desk without dropping crumbs into the keyboard.

Now it’s your turn to be creative with food! Take a seat at one of the booths in Fake Food Park and draw a menu of dishes never seen before. Or play with food ideas in the kitchen and create a masterpiece.

NGV Kids is supported by the Truby and Florence Williams Charitable Trust. 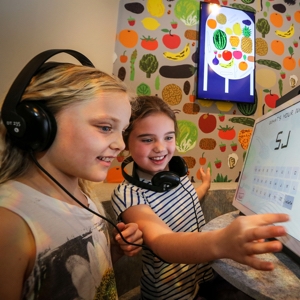 At the Dining Room, instead of eating a meal it’s time for you to create a Fake Food Menu. Using the multimedia touchscreens, draw a snack for an astronaut, combine different food to create a new dish, and find out what’s for dessert. Then share your menu of drawings with family and friends. Did you know that when we chop, mix, and heat food we change the flavours, textures and tastes? Visit Martί Guixé’s kitchen and have fun playing with ideas about food.