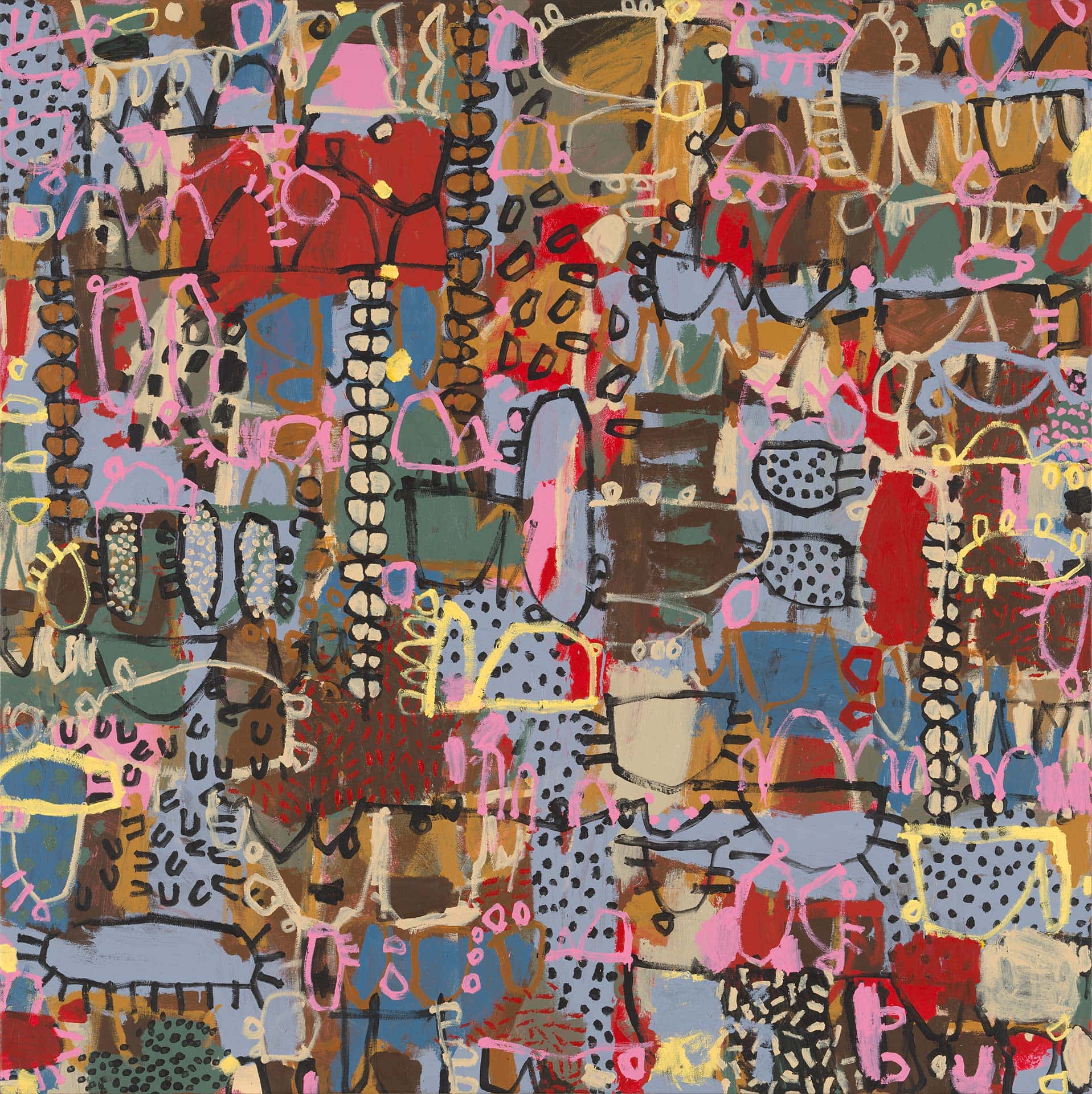 The painting acquired through the NGV X MECCA partnership is titled Deeper and was inspired by Hobson’s observations of colour in the media throughout the year 2020. Hobson has always connected colours with places and stories. The year 2020 was defined (among other things) by the Covid-19 outbreak and a spike in Black Lives Matter protests across the globe. Protests following the death of George Floyd, an unarmed Black man killed by police in Minneapolis, saw statues defaced and torn down across the United States and Australia. In the US, protests demanded that the police be held accountable for Black deaths in custody. In Australia, protestors demanded action on Aboriginal deaths in custody.

Hobson observed how during this time, the colour red was everywhere. Symbolically red is highly potent and has been used throughout history by myriad artists to represent strong emotional states. Life, blood, war, courage, anger, love, death. Hobson was so moved by the events of 2020, that she introduced this high key red into her painting, as an intuitive expression of intensity and emotion.

In addition to the painting Deeper, NGV has been able to acquire an important new body of photographs produced by Hobson in 2021. The series, titled January First takes its name from an annual new year’s ceremony called Auwa, where people in Coen apply flour or white clay on one another’s faces as a way of celebrating the renewal that comes with the new year. In before times, people in Coen would use ochre to rub their faces, but today many people use household flour. This time of year is something that people look forward too, with men and women participating as a way of celebrating and strengthening their relationships as kin.

The NGV warmly thanks Jo Horgan and MECCA Brands for supporting the acquisition of these works.

Now in its sixth year, the NGV X MECCA partnership supports women in the arts and enables new acquisitions by…