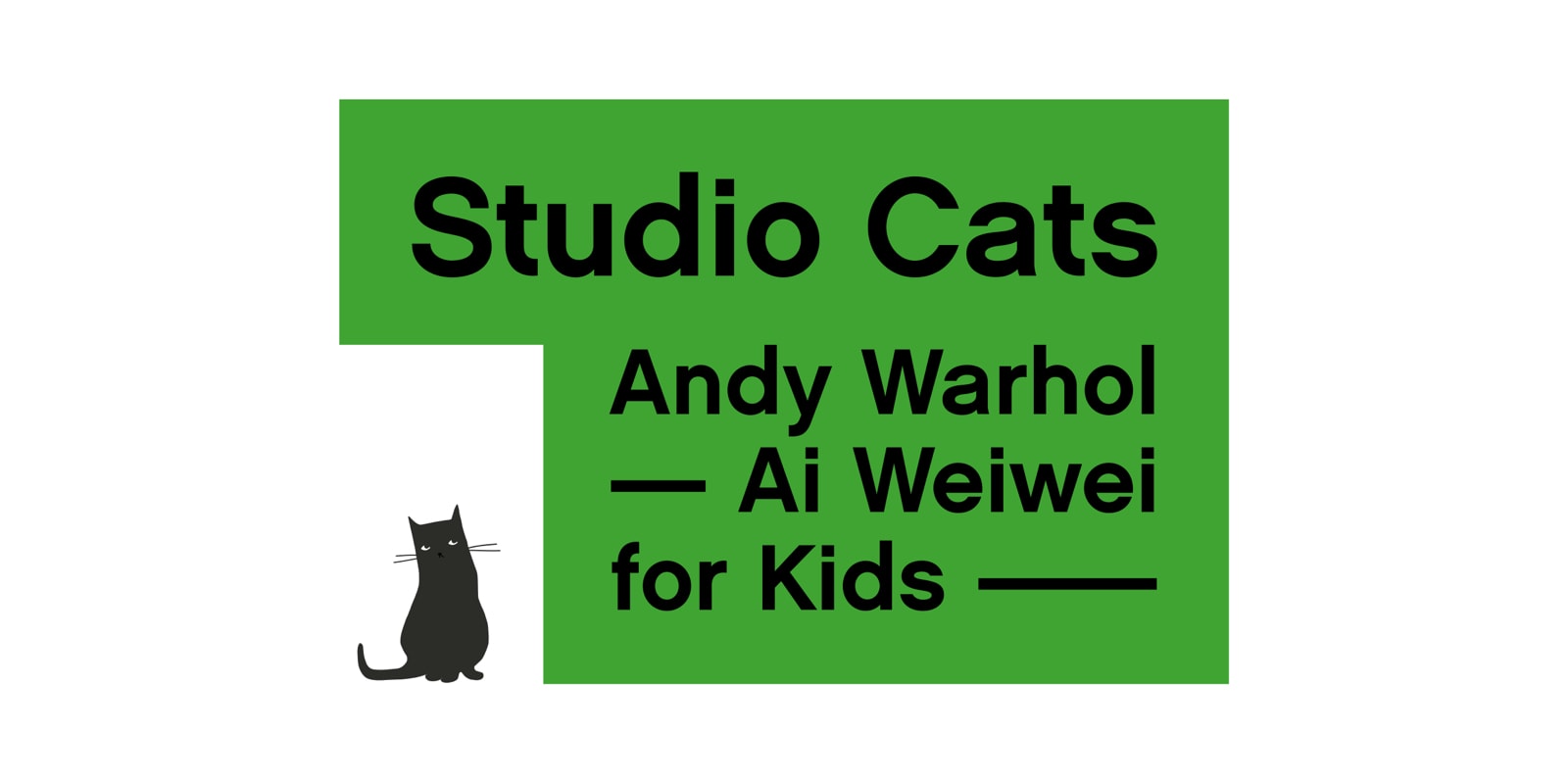 As part of the exhibition Andy Warhol | Ai Weiwei, NGV Kids presents Studio Cats, a large-scale installation especially for children and families that draws upon creative connections between the two artists and their mutual love of cats.

Popular as a family pet, cats also have a strong presence in the homes and studios of Andy Warhol and Ai Weiwei. Ai Weiwei’s cats, whose names include Bai Bai, Din Din and Garfield, appear frequently in the artist’s social media posts and their behaviour is often mentioned in Ai’s conversations. In turn, Andy Warhol’s fondness for cats was captured in his early career ink-blot drawings and photography.

Highlights of the Studio Cats exhibition include artworks such as a wallpaper created by Ai Weiwei; Andy Warhol’s Fish Wallpaper,1983 making a playful reference to cats’ enjoyment of fish; a screening of 258 Cats by Hosen Tandijono filmed at Ai Weiwei’s studio in Beijing; a suite of photographic portraits of Andy Warhol interacting with his cats by photographer Edward Wallowitch; and a display of original works on paper created for Andy Warhol’s small press publications 25 Cats Name Sam and One Blue Pussy (c.1950) and Holy Cats by Andy Warhol’s Mother (1960).

These works are complemented by a range of interactive and hands-on activities for children and families to gain insight into the creative practices of Andy Warhol and Ai Weiwei and the role of cats in their art and lives.

The NGV Kids program is supported by the Truby & Florence Williams Charitable Trust.

Did you know Ai Weiwei’s studio is home to more than thirty cats and Andy Warhol named all of his cats Sam? Studio Cats presents a short film on the big screen starring a cast of cats. Children can take a seat in the mini theatre and watch lively footage that tells a tale of two artists and their art careers, accompanied by surprising cat facts and fascinating quotes. 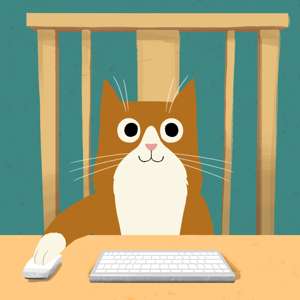 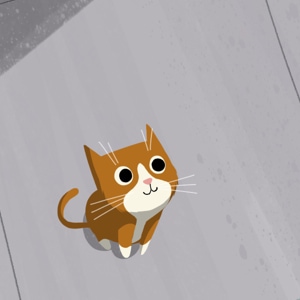 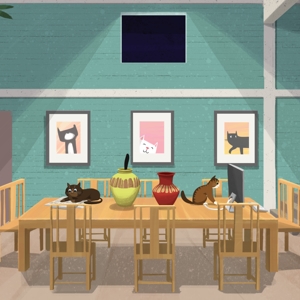 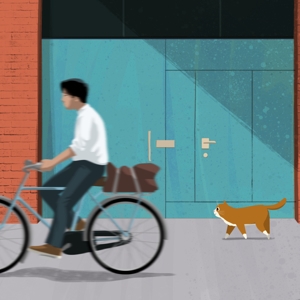 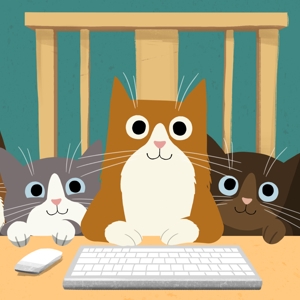 Ai Weiwei is a great observer of his studio cats – many appear on his Instagram feed and he often remarks on their cleverness and skill – one cat can even open the studio door using the handle! Children can be clever cats and write a witty phrase for Ai Weiwei’s Clever Cats – a multimedia interactive featuring an album of Weiwei’s photos of his cats at play in the studio. Each text becomes a fun cat caption to share with friends and family. 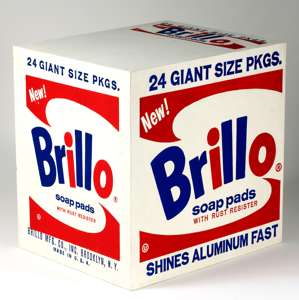 In the early 1960s, Andy carefully painted and silkscreened approximately 100 packaging boxes and arranged them in stacks just like a supermarket display for an art exhibition. In this installation young children can create their own stacks of packing boxes referencing American household brands Brillo Soap Pads and Heinz Tomato Ketchup. 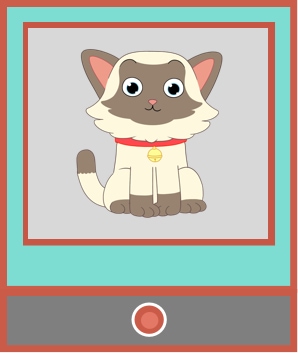 Andy once said, ‘The best thing about a picture is that it never changes, even when the people in it do.’ Photographs taken in this interactive photobooth transform into a dynamic Andy Warhol-inspired video portrait – each portrait contains a feline surprise! Guided by factory cat mascot, Sam, participants can then share their film with friends and family.

The NGV has published five award-winning children’s activity books since 2013.

Published to coincide with the Andy Warhol | Ai Weiwei exhibition, this summer’s NGV Kids publication introduces children to two of the most influential artists of the twentieth and twenty-first centuries. Stories and interesting facts tell of their shared passions, artistic practices and influence, and mutual love of cats. Handsomely designed, the book features illustrations, colour images of key art works in the exhibition and art-making activities for children to try at home or at school inspired by both artists’ often unconventional approach to making art. 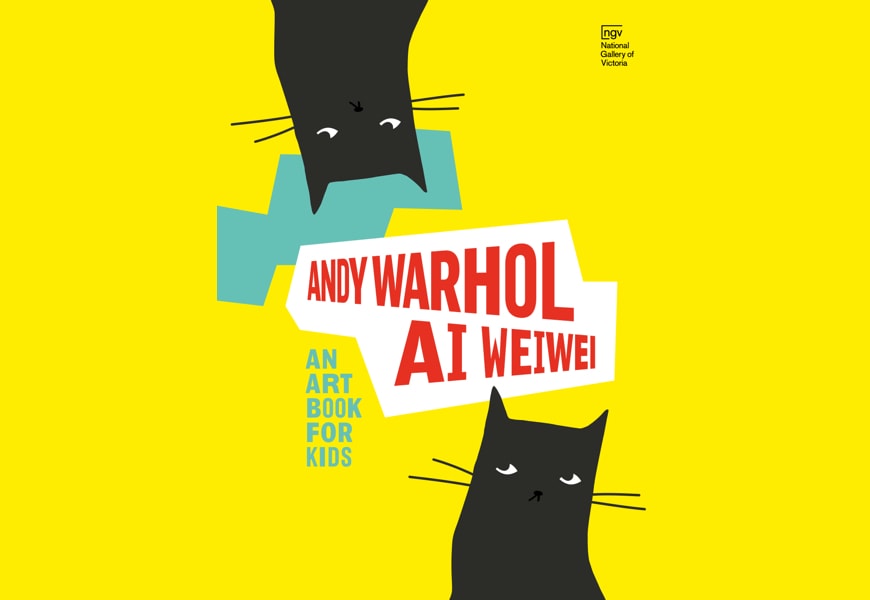 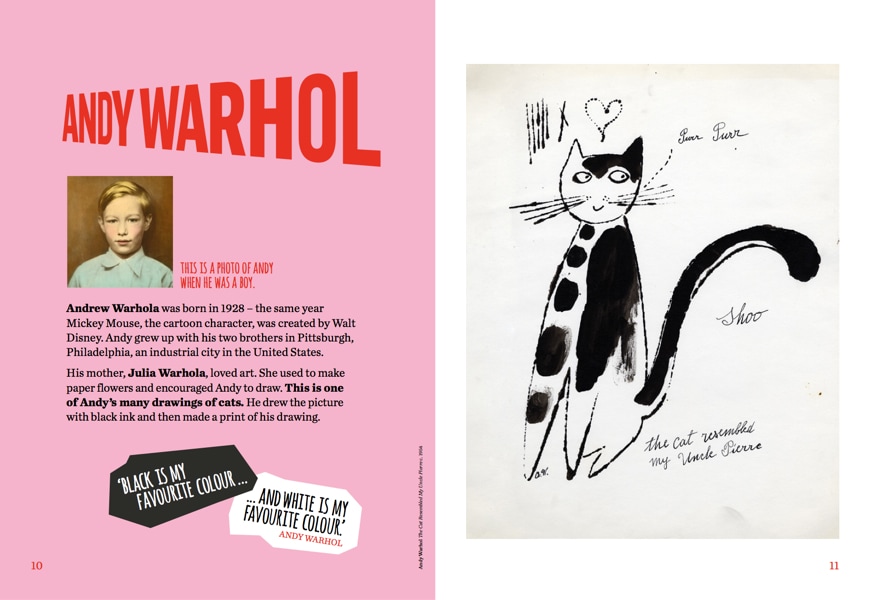 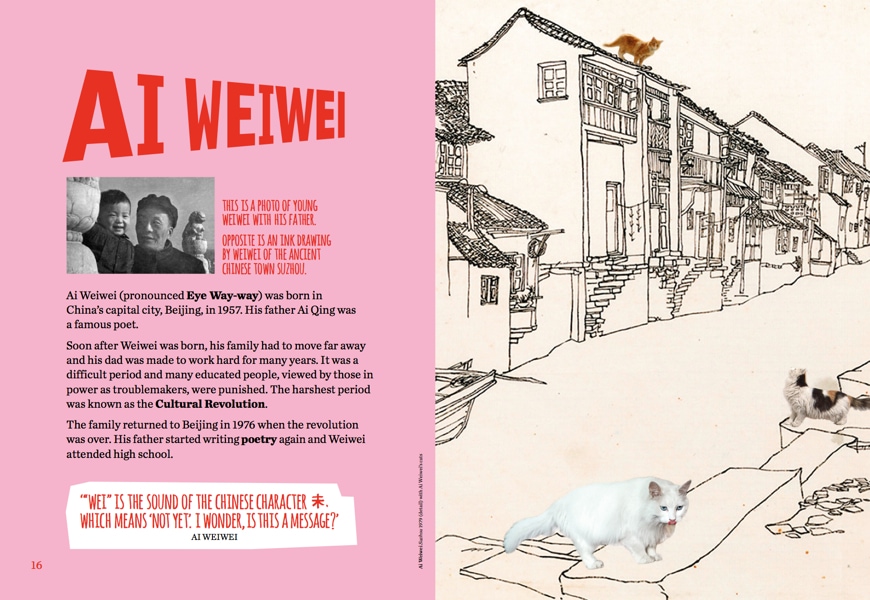 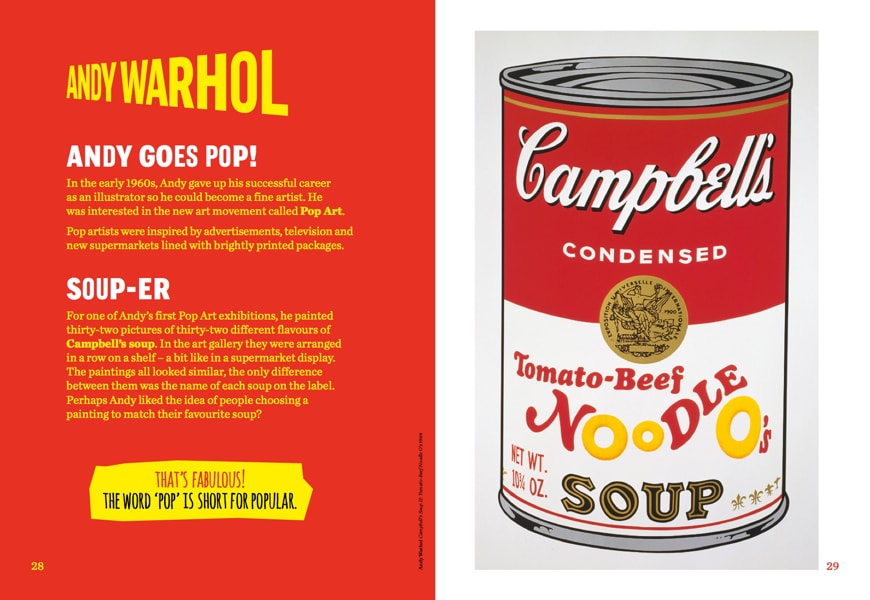 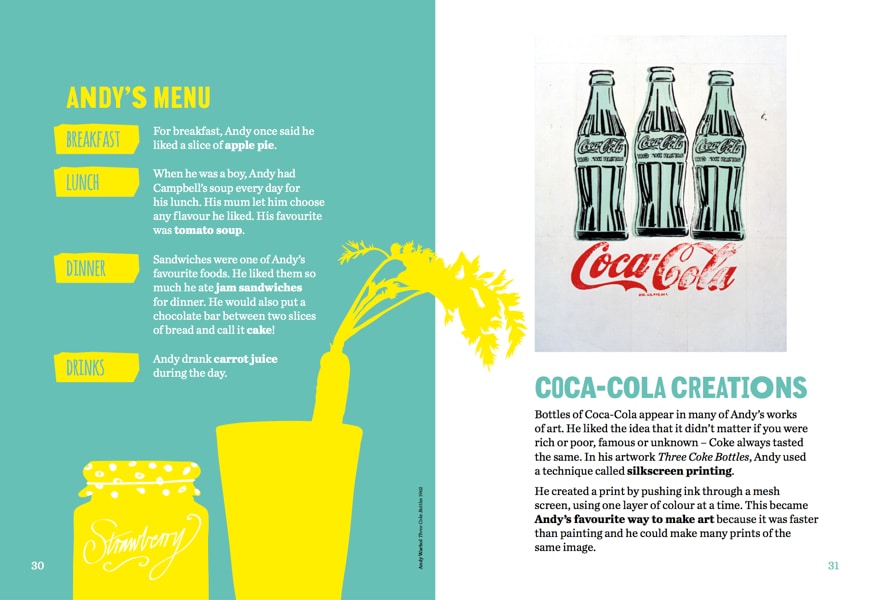 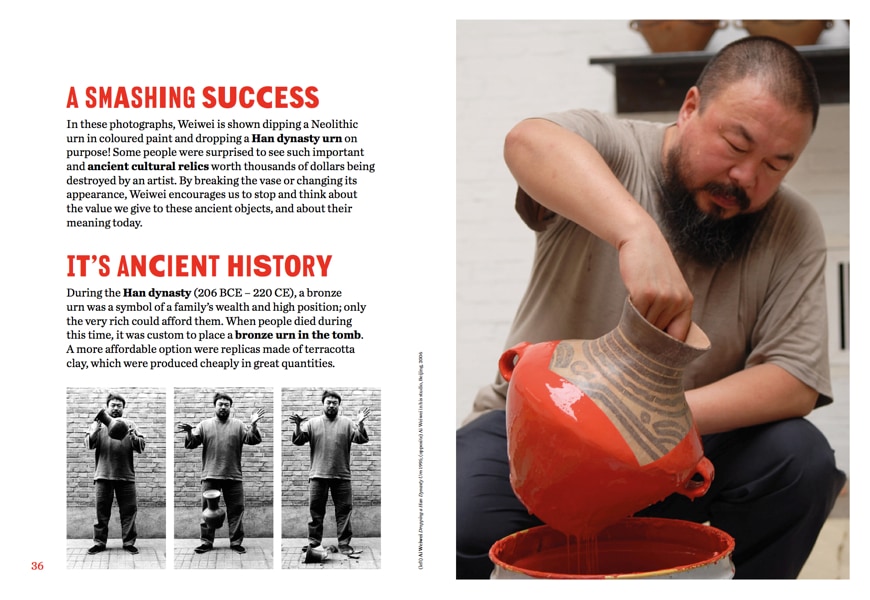 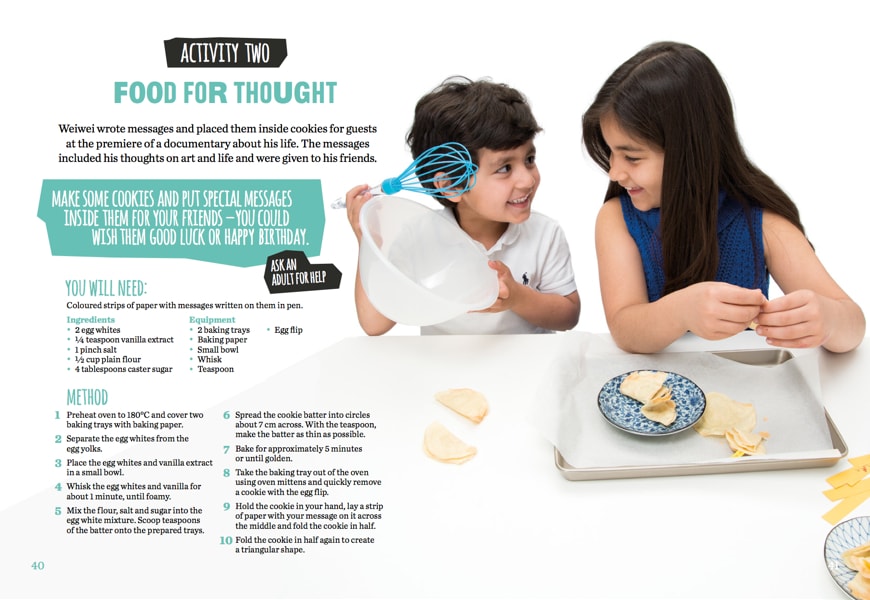