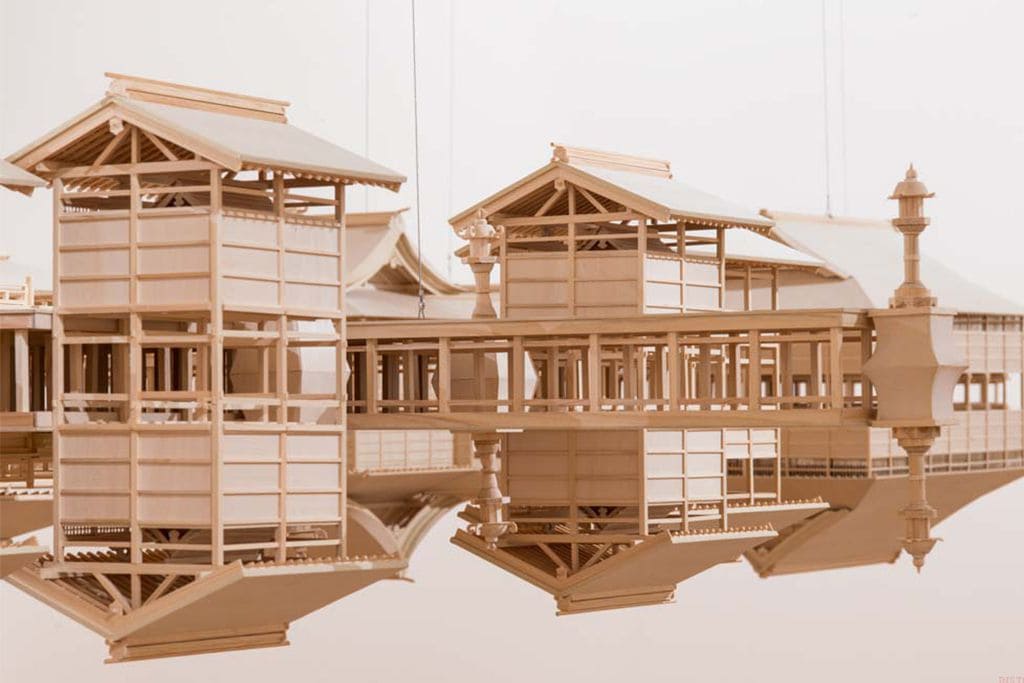 From the NGV Collection

Takahiro Iwasaki is recognized as one of Japan’s new generation of emerging young artists, who creates intricately detailed models that reinterpret contemporary cityscapes and iconic historic buildings. In recent years, his artworks have been featured in numerous international art fairs and major exhibitions, with sculptures from his Reflection Model series receiving the greatest attention. The Reflection Model series focuses on seven of Japan’s most sacred buildings that all have an intimate visual relationship with the reflections they cast in the water that surrounds them. Playing with this striking visual relationship Iwasaki constructs precise three dimensional models that are exhibited suspended, in a way that combines the actual building with its illusionary reflection to create one complete form.

Commissioned for the National Gallery of Victoria, the third and largest work in the Reflection Model series takes as its subject the Shinto shrine of Itsukushima, located on the tidal flats of Japan’s Inland Sea.

ArchitectureAsiaConservationInternationalSculpture & Installation From the NGV Collection

Takahiro Iwasaki is recognised as one of the leaders of Japan’s new generation of young artists. In recent years…