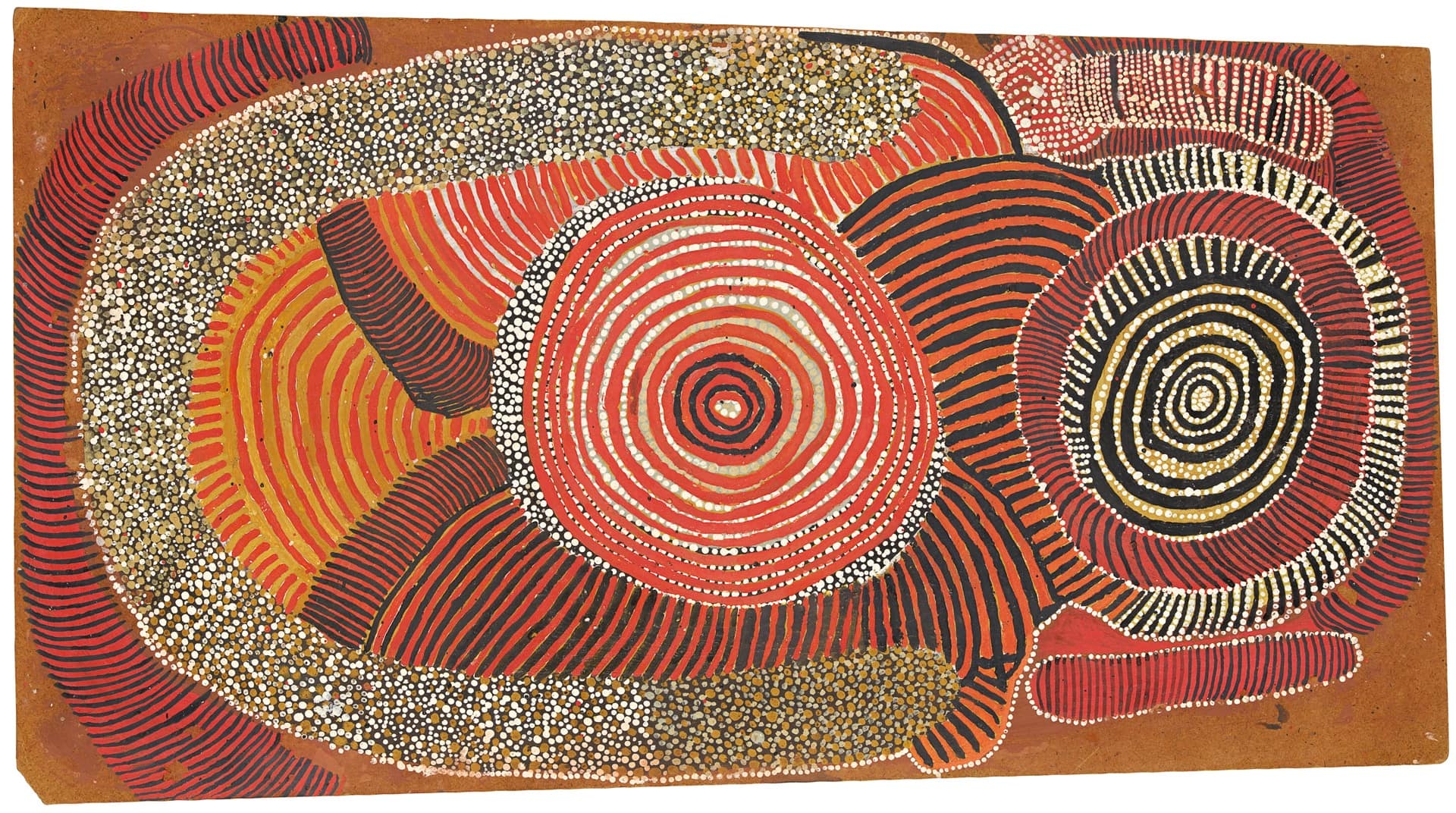 Indigenous people are advised that this exhibition contains culturally sensitive works that may be considered harmful or inappropriate for viewing by women or uninitiated members of their communities. Care has been taken to respect cultural protocols and, following a comprehensive consultation process, these works will be exhibited separately for the duration of the exhibition and will not be illustrated in the exhibition catalogue or displayed on this website.

Please note that some records contain terms and annotations that reflect the period in which the item was recorded, and may be considered inappropriate today in some circumstances.

This important exhibition features 200 of the first paintings produced at Papunya in 1971 to 1972 by the founding artists of the Western Desert art movement. These seminal works sparked the genesis of the Papunya Tula movement, now internationally recognised as one of the most important events in Australian art history.

The founding Papunya Tula artists drew on a rich tradition of iconographic signs and symbols to create these early works. The exhibition establishes a connection between the works of art themselves and their sources in ephemeral designs made for use in ceremony. The period from 1971 to 1972 was a critical turning point when the ancient visual language of the Western Desert was rendered permanent on sheets of composition board and thereby transformed into a rich new art form: artefact became art.

Dream on: Tjukurrtjanu: Origins of Western Desert Art goes to Paris
By Judith Ryan AM

From 30 September 2011 to 12 February 2012 the National Gallery of Victoria and Museum Victoria presented Tjukurrtjanu: Origins…