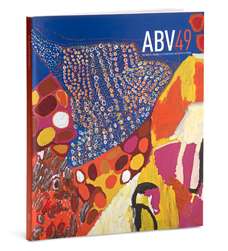 This edition of the Art Bulletin of Victoria 49 encompasses essays discussing a variety of media: Matthew Martin’s discussion of decorative arts and their display in a modern museum; Vivien’s Gaston’s in-depth look at the NGV’s recently acquired painting Mother and child 1624 by Cornelis de Vos; and Allison Holland’s retitling and dating an Edward Burne-Jones drawing that repositions it as a study for one of the artist’s popular subjects, Cupid and Psyche.

We are also pleased to include: an essay by Nicholas Evans and Penelope Johnson discussing the work of seven Kaiadilt women artists in relation to the Gallery’s important collaborative work Dulka Warndiig; as well as a retrospective piece about Robert Klippel by Ryan Johnston, which focuses on Klippel’s early days of model-making and then follows his career as a major Australian sculptor.

We trust you will enjoy the articles and appreciate the breadth and depth of the contributors’ research and scholarship.