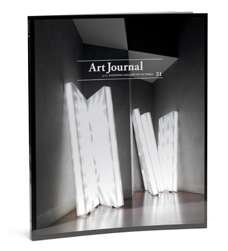 Art Journal of the National Gallery of Victoria 50, a special edition published in the Gallery’s 150th anniversary year, set a new benchmark for this respected publication. The issue was awarded first prize at the recent American Association of Museums publications awards, from a global field, as best gallery and museum scholarly journal; a great tribute to the NGV’s Publications Department. Art Journal 50 was edited by Isobel Crombie and Judith Ryan. For many years, under their expert guidance, and with the enthusiastic support of NGV Director Gerard Vaughan, Art Journal has flourished and continued its proud tradition of supporting research into the Gallery’s rich collection.

As editors of Art Journal 51, we have had the privilege of working with our NGV colleagues as well as with leading scholars and curators from around the world. We hope you enjoy the results of their research into a wide range of subjects, from a fascinating eighteenth-century portrait that sheds new light on relations between East and West in the Ottoman Empire, to the NGV’s recent commissions by three leading Indigenous artists in honour of William Barak. We are particularly pleased to include a special commentary by Bill Henson, one of Australia’s leading artists, who shares his thoughts on the important role of art museums in our busy twenty-first-century lives.