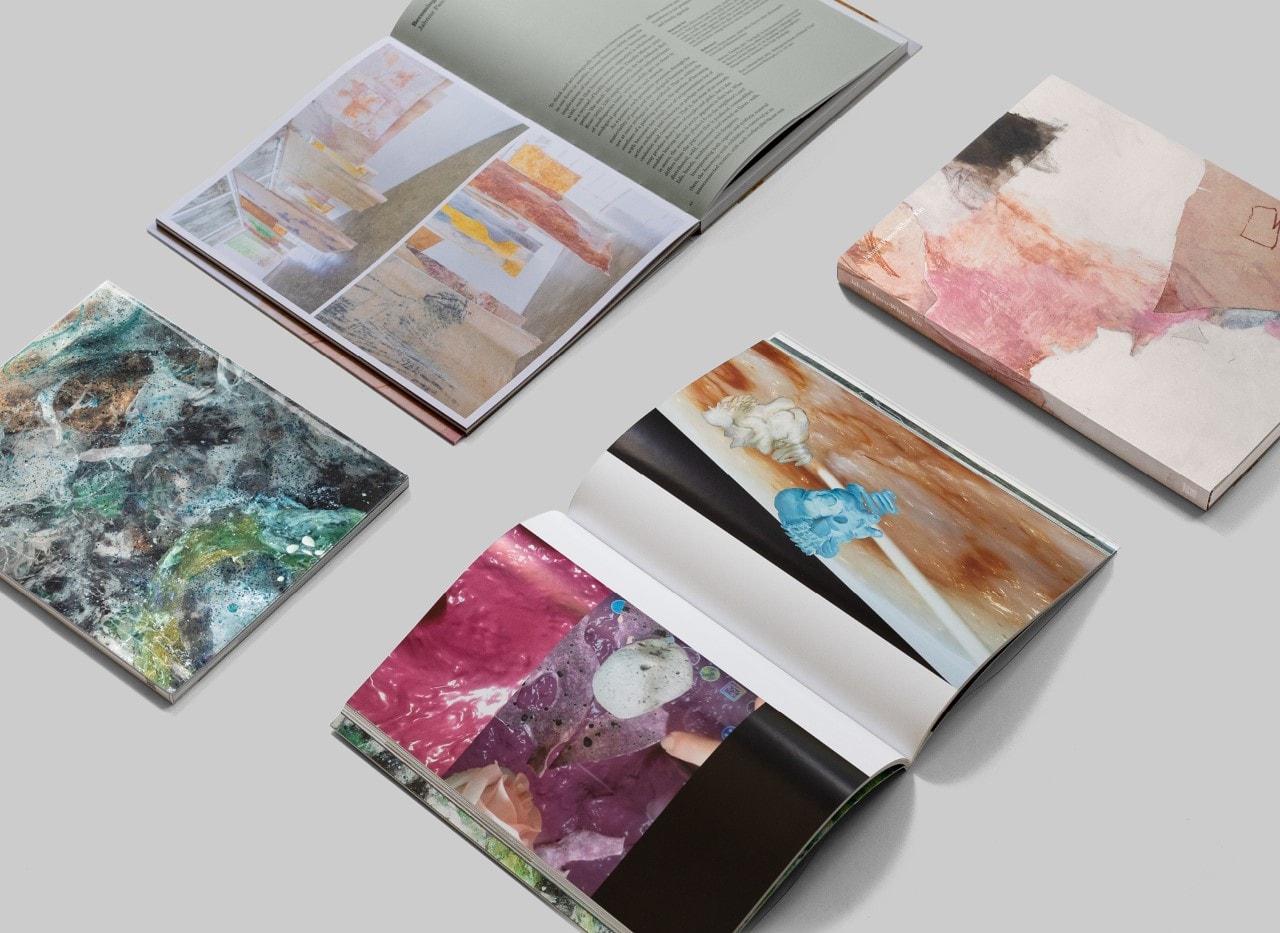 Artists Jahnne Pasco-White and Marian Tubbs will be at STATION for an afternoon of discussion as we celebrate the release of two new titles exploring each artist’s practice.

Jahnne Pasco-White: Kin explores the ethereal and meditative work of artist Jahnne Pasco-White. The book Edited by N.A.J. Taylor documents the artist’s visual journey through pregnancy and life as a new parent, focusing on works produced during this period. Kin also features considered essays that explore the definitions and possibilities of ‘kinship’.

Jahnne-Pasco White (b. 1987) lives and works on Dja Dja Wurrung land and waters, in Chewton, Victoria. Jahnne Pasco-White’s expanded painting practice considers the intersections between materiality and temporality. Her work is characterised by the labouring of delicate supports. She is interested in the layers of authorship that are variously evidenced and concealed by the artist’s mark-making, as well as their continual processes of decay and renewal.

Marian Tubbs (b. 1983) lives and works on Bunjalung and Gubbi Gubbi/Kabi Kabi land. The work of Marian Tubbs traverses Internet, video and assemblage-based installation, transforming the everyday into a space of interrogation. Her broad research interests include vision technologies, poor materialities and language or text in art. Positioning objects and images in new or fluid contexts, Tubbs challenges contemporary notions of worth and value, and slows down accelerated modes of voyeurism and consumption.

Amelia Wallin is a curator, writer and director. With a focus on care, feminisms, and reproductive labour, Amelia is concerned with alternative models for instituting. Since 2019, Amelia has been Director of West Space in Melbourne, where she works collaboratively to commission and facilitate cross-disciplinary artistic programs. She holds a Master of Curatorial Studies from Bard College, New York, Bachelor of Art Theory and Bachelor of Arts (Honours) from the University of New South Wales. Amelia has held curatorial and administrative positions at Performa (New York), Campbelltown Arts Centre, Biennale of Sydney, Performance Space, Performing Lines and Vivid Ideas. Amelia has curated programs at The Kitchen, The Hessel Museum of Art, Performa15, and Firstdraft, and has contributed writing to Running Dog, Runway, un Magazine, Artlink, and others.