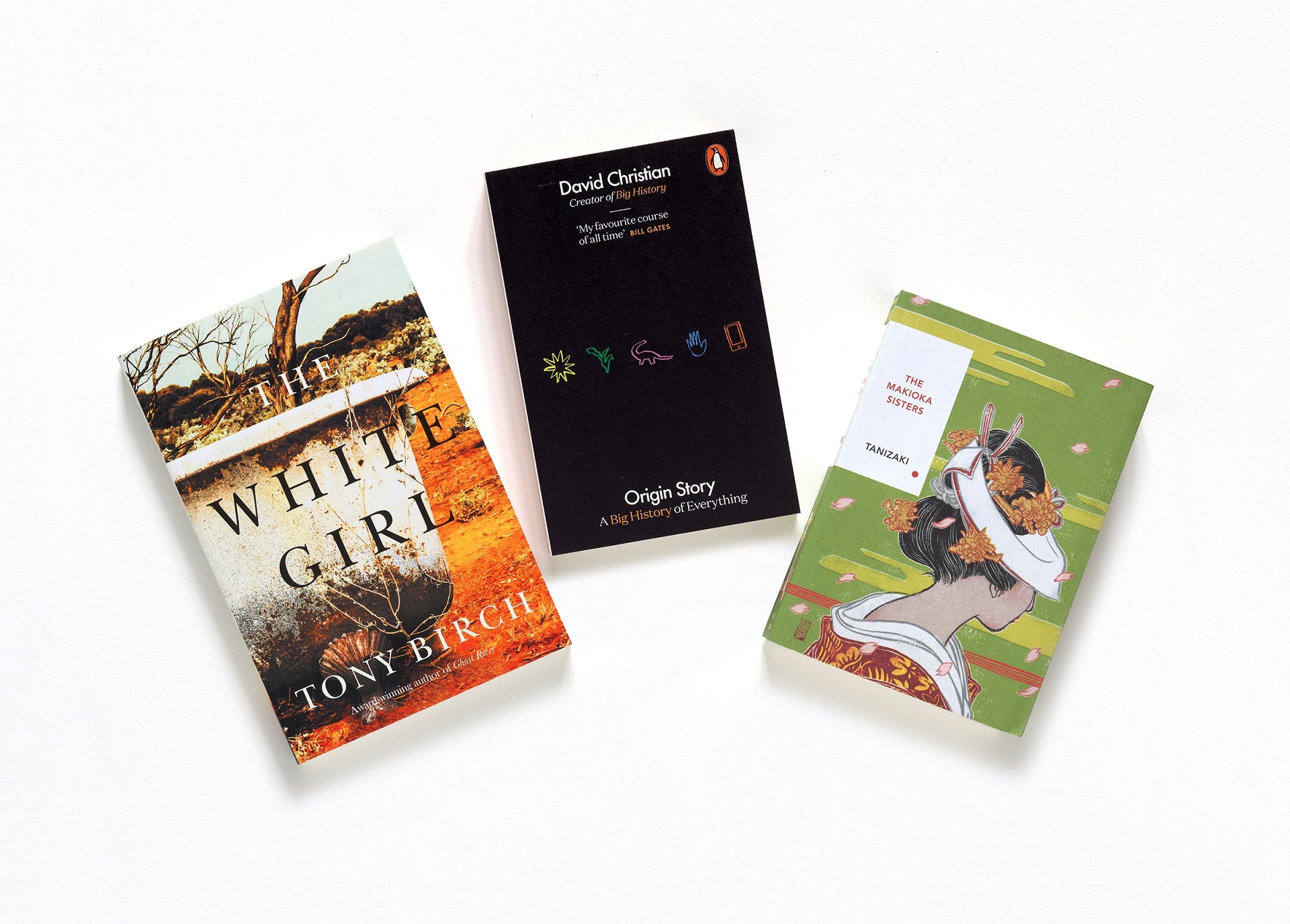 Breakfast Book Club is an opportunity for Members to come together and discuss classic and contemporary literature.

Explore art over tea and scones with books selected to connect to NGV exhibitions.

In Osaka in the years immediately before World War II, four aristocratic women try to preserve a way of life that is vanishing. As told by Jun’ichirō Tanizaki, the story of the Makioka sisters forms what is arguably the greatest Japanese novel of the twentieth century, a poignant yet unsparing portrait of a family – and an entire society – sliding into the abyss of modernity.

Sat 18 Jul, 9–10.30am
Origin Story: A Big History of Everything by David Christian

This is the epic story of the universe and our place in it, from 13.8 billion years ago to the remote future.

How did we get from the Big Bang to today’s staggering complexity, in which seven billion humans are connected into networks powerful enough to transform the planet? And why, in comparison, are our closest primate relatives reduced to near-extinction?

Big History creator David Christian gives the answers in a mind-expanding cosmological detective story told on the grandest possible scale. He traces how, during eight key thresholds, the right conditions have allowed new forms of complexity to arise, from stars to galaxies, Earth to homo sapiens, agriculture to fossil fuels. This last mega-innovation gave us an energy bonanza that brought huge benefits to mankind, yet also threatens to shake apart everything we have created.

This global origin story is one that we could only begin to tell recently, thanks to the underlying unity of modern knowledge. Panoramic in scope and thrillingly told, Origin Story reveals what we learn about human existence when we consider it from a universal scale.

Odette Brown has lived her whole life on the fringes of a small country town. After her daughter disappeared and left her with her granddaughter Sissy to raise on her own, Odette has managed to stay under the radar of the welfare authorities who are removing fair-skinned Aboriginal children from their families. When a new policeman arrives in town, determined to enforce the law, Odette must risk everything to save Sissy and protect everything she loves.

In The White Girl, Miles-Franklin-shortlisted author Tony Birch shines a spotlight on the 1960s and the devastating government policy of taking Indigenous children from their families.