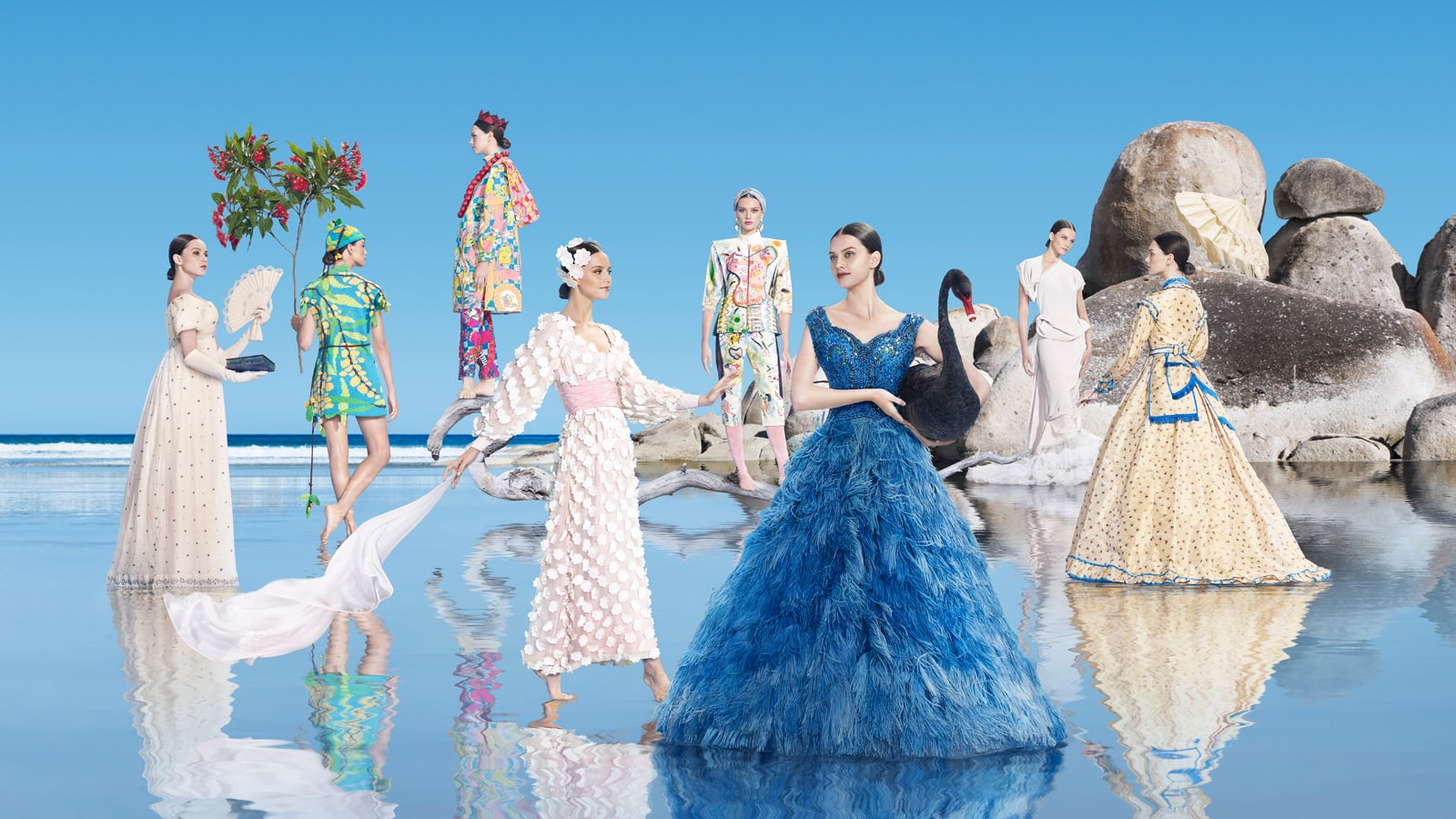 Over 120 works from more than ninety designers are presented in this exhibition – the first major survey of Australian fashion to be undertaken in this country. Since settlement, Australian fashion has been shaped by geographic, seasonal and cultural variants, and defined by colloquial vernacular. In every era, Australian designers have consciously defined the character of how we dress according to local terms of reference. Even today, Australian style can be understood as the by-product of independence and impertinence. From the early dressmaking establishments of Brisbane to the mid-century salons of Collins Street, to the contemporary studios by Bondi’s beaches, 200 Years of Australian Fashion traverses over two centuries of fashion design in Australia.

Staged across four large galleries, 200 Years of Australian Fashion celebrates Australia’s unique voice and impact on the fashion industry internationally, showcasing the work of contemporary designers such as Dion Lee, Ellery, Romance Was Born and Toni Maticevski alongside key designs from the past 200 years, including exquisite examples of historic design.

200 Years of Australian Fashion includes outfits drawn from the collections of the National Gallery of Victoria, the Museum of Applied Arts and Sciences, Sydney and other key collections, as well as a number of essential private loans. The exhibition also includes multimedia footage and interviews, photographs and works on paper. A fully illustrated catalogue accompanies the exhibition.

The NGV presents 200 Years of Australian Fashion as part of the Cultural Program of the Virgin Australia Melbourne Fashion Festival, which celebrates its 20th Festival in 2016.

Program Highlights
The NGV presents a diverse range of programs for 200 Years of Australian Fashion, including opening weekend pop-up design talks and a symposium exploring the question, what is Australian fashion? Curators, designers, practitioners and academics will actively engage audiences in programs throughout the exhibition period including design talks, curator’s perspectives, designer-led workshops, a discussion series and intimate behind the scenes: Fashion Collection sessions.

Programs for students and teachers.

Rather than trying to capture 200 years of Australian fashion in one fell swoop, we asked a curator, a…