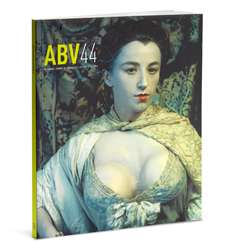 This year marks the centenary of the death of Alfred Felton, the great Melbourne philanthropist whose benefaction to the National Gallery of Victoria, bequeathed in his will, has defined the character of our institution. Through the Felton Bequest our Gallery has acquired one of the world’s great picture collections, and Alfred Felton must be regarded (by any standard) as one of the twentieth century’s most significant art philanthropists. From the first extraordinary and avant-garde acquisition in 1905 of Camille Pissarro’s Boulevard Montmartre, 1897, the Felton Bequest has enabled the Gallery to acquire many works of excellence. Indeed, the Felton Bequest continues to play an enormously significant role, with major recent acquisitions for the collection including Howard Hodgkin’s magnificent contemporary painting Night and Day, 1997–99; First mover (Primo mobile), c.1465, by the Master of Tarocchi, one of the earliest prints ever made; Cindy Sherman’s outstanding photograph Untitled #183-A, 1988, from the series History Portraits which features on the cover of this issue; Nathaniel Dance’s rediscovered The Pybus family of c.1769, sourced from a private collection in the Western District of Victoria; and Alexander Archipenko’s radical proto-cubist sculpture, Silhouette, of 1910.

As part of the year-long celebrations to mark the Felton centenary, this special issue of the Art Bulletin Victoria focuses in detail on a range of acquisitions made through its funds. Along with new research on a range of notable works, the issue also gives a wonderful insight into the processes of collecting that have taken place over the years. Of particular note is the lead article by Dr Alison Inglis and Professor John Poynter (the author of the landmark book, Mr Felton’s Bequests), which re-examines Felton’s own role as a collector – a study made possible through a recently acquired album of photographs by Nicholas Caire of Felton’s rooms at the Esplanade Hotel in St Kilda, a suburb of Melbourne.

Finally, it is appropriate in the context of this journal to note the contributions of Sir Gustav Nossal, the recently retired Chairman of the Felton Bequests’ Committee, whose involvement with the Committee spans thirty-five years, thirty of which he served as Chairman. His careful direction of the Committee, and commitment to the NGV, have significantly helped continue the vision of Alfred Felton and we owe him our warmest thanks. We also welcome the new Chairman of the Felton Bequests’ Committee, Sir Andrew Grimwade (who served as President of the Council of Trustees of the NGV from 1976–1990), and look forward to working with him to continue acquiring great works of art, many of which will no doubt appear in the pages of this journal in years to come.