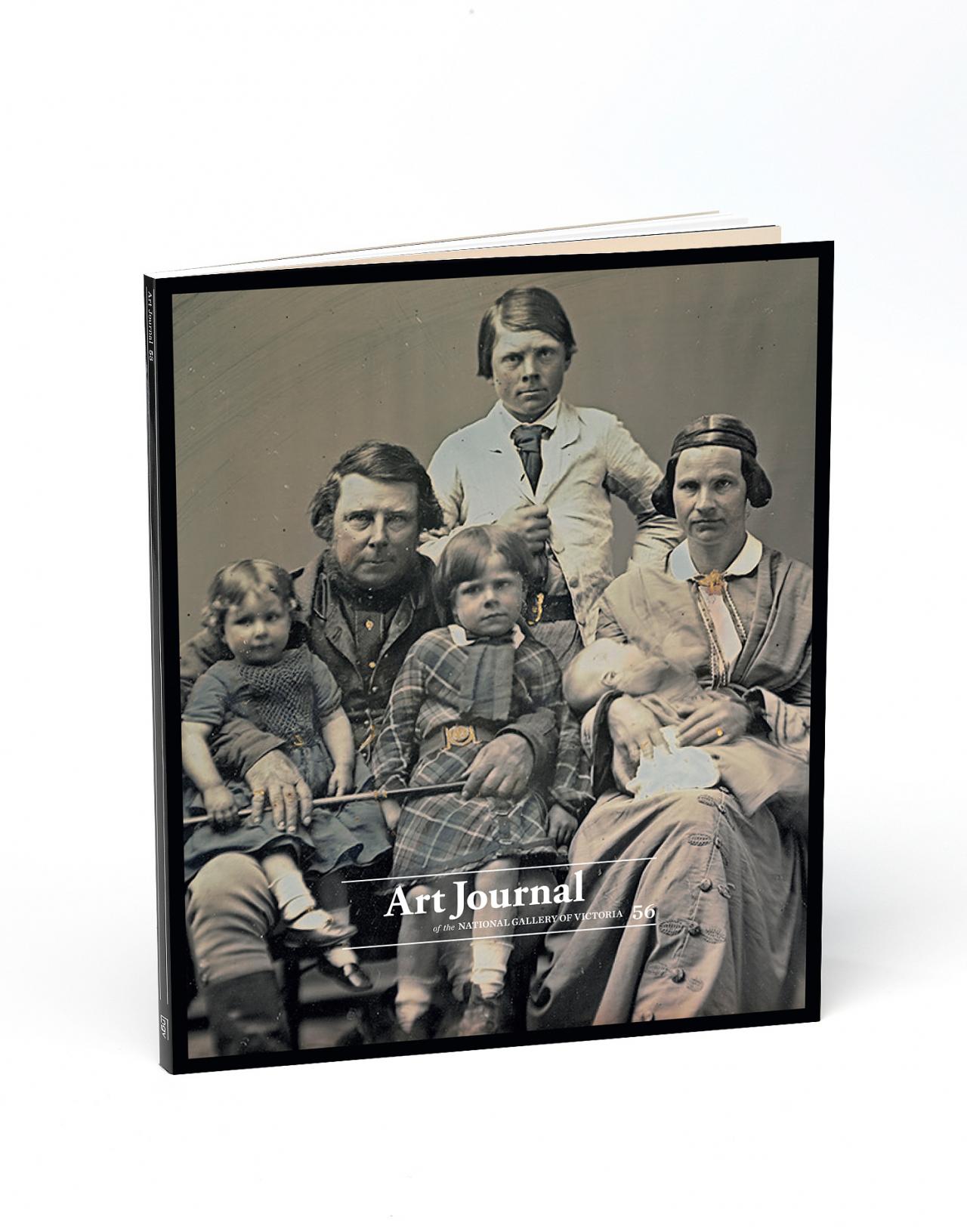 The papers that appear in this edition of Art Journal were chosen to reflect this interest in both Australian and British portraitists. Additionally, this issue of the publication explores portraiture in media other than painting; mediums with which it is usually associated.

A fascinating introduction by the conference’s convenors, Associate Professor Alison Inglis, Dr Vivien Gaston and Professor Deirdre Coleman, explore how the joint institutional histories of the Melbourne Public Library and Art Gallery, together with the decision made in the 1880s to separate the collection of colonial portraiture from the art collection, and for this portrait collection to be retained by the Library and not the Art Gallery, had significant consequences for the historiography of Australian art. Interestingly, as Inglis, Gaston and Coleman note, photographic portraiture was an important part of the early acquisitions for the state collections.

Laura Jocic explores the history of a more recently acquired Australian photographic portrait, an 1857–58 daguerreotype of the Lashmar family. Employing family documents to contextualise this rare image, Jocic examines the role played by early photography in maintaining connections between emigrants and their families back ‘home’. Similarly, in an investigation of a 1911 portrait of Australian stage actress Nellie Stewart, Associate Professor Anne Maxwell reveals the role played by sisters Mina and May Moore and their photographic portraiture in the rise of celebrity culture in the early twentieth century.

The important but largely forgotten Australian woman artist, Margaret Thomas, is the focus of Elena Taylor’s essay. By examining the circumstances around the creation of Thomas’s circa 1879 portrait of Charles Summers and its acquisition by the Melbourne Art Gallery in 1881, Taylor provides us with the opportunity to reconsider the career of this significant colonial artist.

British portraiture always held a position of importance in the colonies. Dr Vivien Gaston, a co-convenor of the original conference, reveals the significance that origins in royal patronage played in the afterlife of William Dyce’s beautiful Portrait of HRH the Prince of Wales, 1848, a work gifted to the Melbourne Art Gallery in 1877. The portrait’s origins in the intimate family circle of Queen Victoria imbued the work with an aura that spoke to colonial affection for the sovereign and ‘mother country’. By contrast, Dr Ted Gott considers the circumstances that led to the NGV’s acquisition in 1938 of Augustus John’s imposing 1909 portrait Rt. Hon. Harold Chaloner Dowdall, Lord Mayor of Liverpool and his sword-bearer in the face of opposition from the Gallery’s then director J. S. MacDonald.

Dr Barbara Bryant shows us how the gift to the NGV in 2015 of G. F. Watts’s portrait of May Prinsep brings together two works – this portrait and Watts’s 1858 portrait of Alfred Tennyson, also in the NGV – featuring sitters who were connected in real life: Prinsep married Tennyson’s son. Both paintings reveal two very different strands in Watts’s portrait production.

Finally, in an essay that considers portraiture in a less conventional format, Dr Matthew Martin considers how the phenomenon of eighteenth-century porcelain portrait figures of celebrated personalities from the London stage and the world of English politics casts light on both the rising culture of celebrity in eighteenth-century England, and the changing cultural aesthetics of the porcelain medium itself.

We trust that you will enjoy these new and exciting perspectives on Australian and British portraiture in the NGV’s rich collection. Each of our writers brings original scholarship and insights to the works considered.

This edition of Art Journal of the National Gallery of Victoria is made possible due to the generous support of the Joe White Bequest.