New York in the Decades after World War II 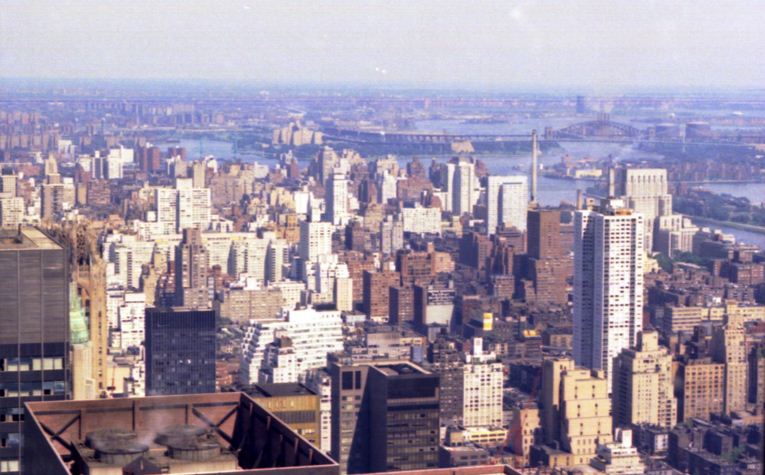 When Andy Warhol moved to New York City in 1949, the city felt like the capital of the world. New York had taken London’s place as the world’s economic capital and from Paris it took the mantle of cultural capital. The French poet Claude Roy said of those years that the city had “in the air an electricity of victory and the winds of the future.”

We can chart the social and political history of New York City in the decades from 1949 through the 1980s through the economic booms and busts, political upheavals, and social and cultural ferment that shaped the fate of America’s greatest city. The 1950s and early 1960s bathed the city in extraordinary prosperity. New glass and steel skyscrapers shot to the skies, and new highways and high-rise apartment buildings proliferated. Immigrants poured into the city: African-Americans from the southern United States, but also Puerto Ricans, Asians, and Latin Americans.

The ferment of the Sixties roiled the city, which saw major antiwar and then anti-antiwar demonstrations, devastating strikes, and rising crime rates. Soon economic crisis hit, as the scissors effect of declining industry and rising city expenditures pushed the city to the brink of bankruptcy by the mid-1970s.

By the 1980s, however, the city sprang back, just in time for the ‘decade of greed’.

No other city in the world has been so closely identified with personal freedom and economic opportunity. New York is a city of paradoxes: of extraordinary financial, intellectual, and human resources alongside social inequalities, racial and ethnic conflict, and economic instability. It is a place where millions have struggled, but it has also offered one of the greatest stages for the talented.

Dr Barbara Keys spoke at the NGV about the city of New York alongside Dr Tara McDowell on Saturday 27 February as part of A Tale of Three Cities, a three part lecture series inspired by the exhibition Andy Warhol | Ai Weiwei.