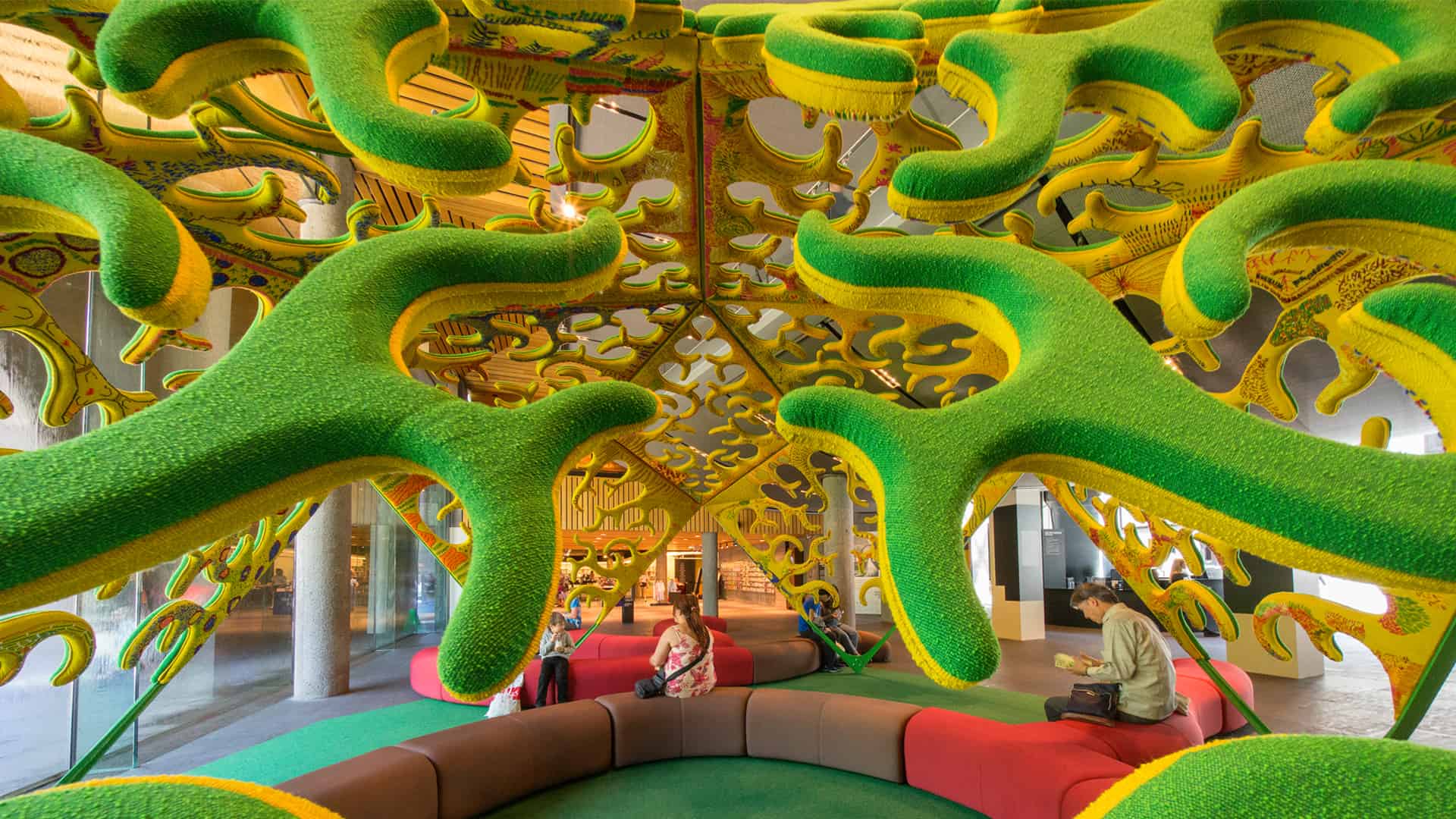 This resource explores some big ideas in contemporary art and design through the work of NGV Triennial artists, with a particular focus on the cross-curricular priorities and capabilities in the Victorian curriculum (sustainability, Asia and Australia’s engagement with Asia, Aboriginal and Torres Strait Islander histories and cultures, critical and creative thinking, intercultural and ethical understanding).

It includes discussion questions, activities and resources that can be used with students both during and after a visit to the exhibition to promote critical and creative thinking about art, design and how we live, think and connect with each other.