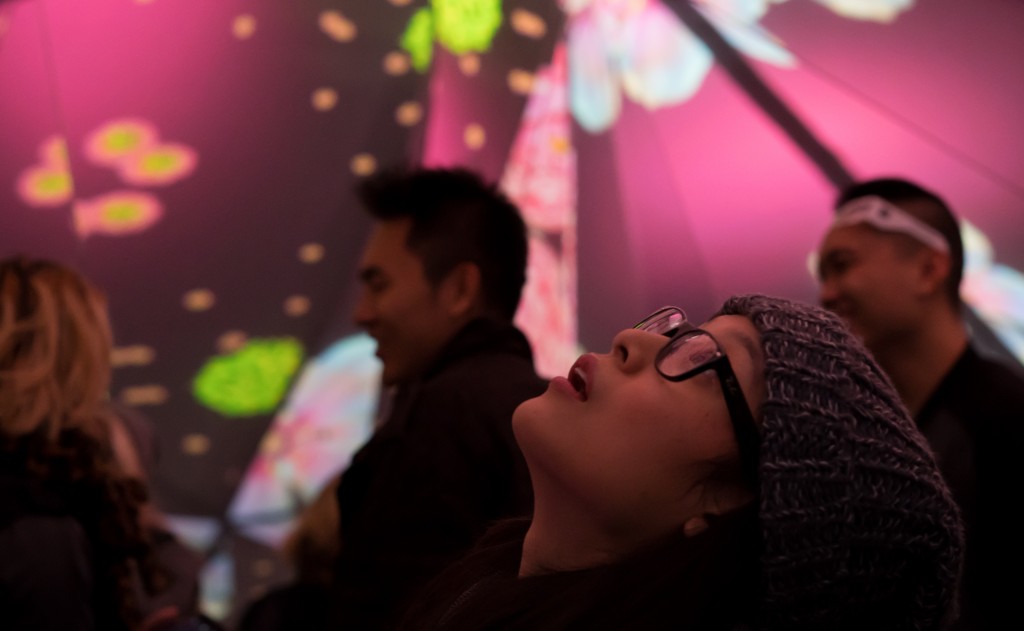 Graphic tablets and gallery spectaculars: How art is changing in a connected world

ABC Radio National journalist and broadcaster, Antony Funnell interviewed speakers from the NGV’s Art & the Connected Future symposium for this piece. This is an edited extract, and the full article can be viewed here.

As established art galleries grapple with the possibilities of digital technology, weighing up the risks and rewards of interactivity, many artists are eschewing the traditional scene altogether for the more accessible world of social media. Antony Funnell reports.

Polish artist Monika Zagrobelna believes in the democratising power of digital art. Though the gallery scene works for ‘a small group of privileged people that have some connections’, she says digital technology has made art more accessible. ‘You just need a computer, a small cheap tablet, and you can do it,’ she says.

Zagrobelna is a digital painter who works as a concept artist and illustrator. She also runs art tutorials via the social networking site Pinterest and the Melbourne-based ‘creative marketplace’ Envato.

‘Sometimes people think that it’s like cheating,’ she says. ‘You can draw, erase, draw, erase until something looks right and then you can pretend it looked right from the beginning. But it’s not really like this. You still need to be able to draw.

‘You still need to use your hand, you need to move your hand the same way you would move it when you draw traditionally, but this time you use a graphic tablet, a kind of digitiser to bring your movement to a digital environment. That’s the only difference. You still need to be able to create; you still need the skill of creation.’

For digital artists like Zagrobelna, the ability to connect and share with other artists is an essential element of their artistic experience. Image-sharing sites like Tumblr and Pinterest give artists the potential for a global audience, while other sites such as the hugely popular DeviantArt are structured around the idea of developing an international online artistic community.