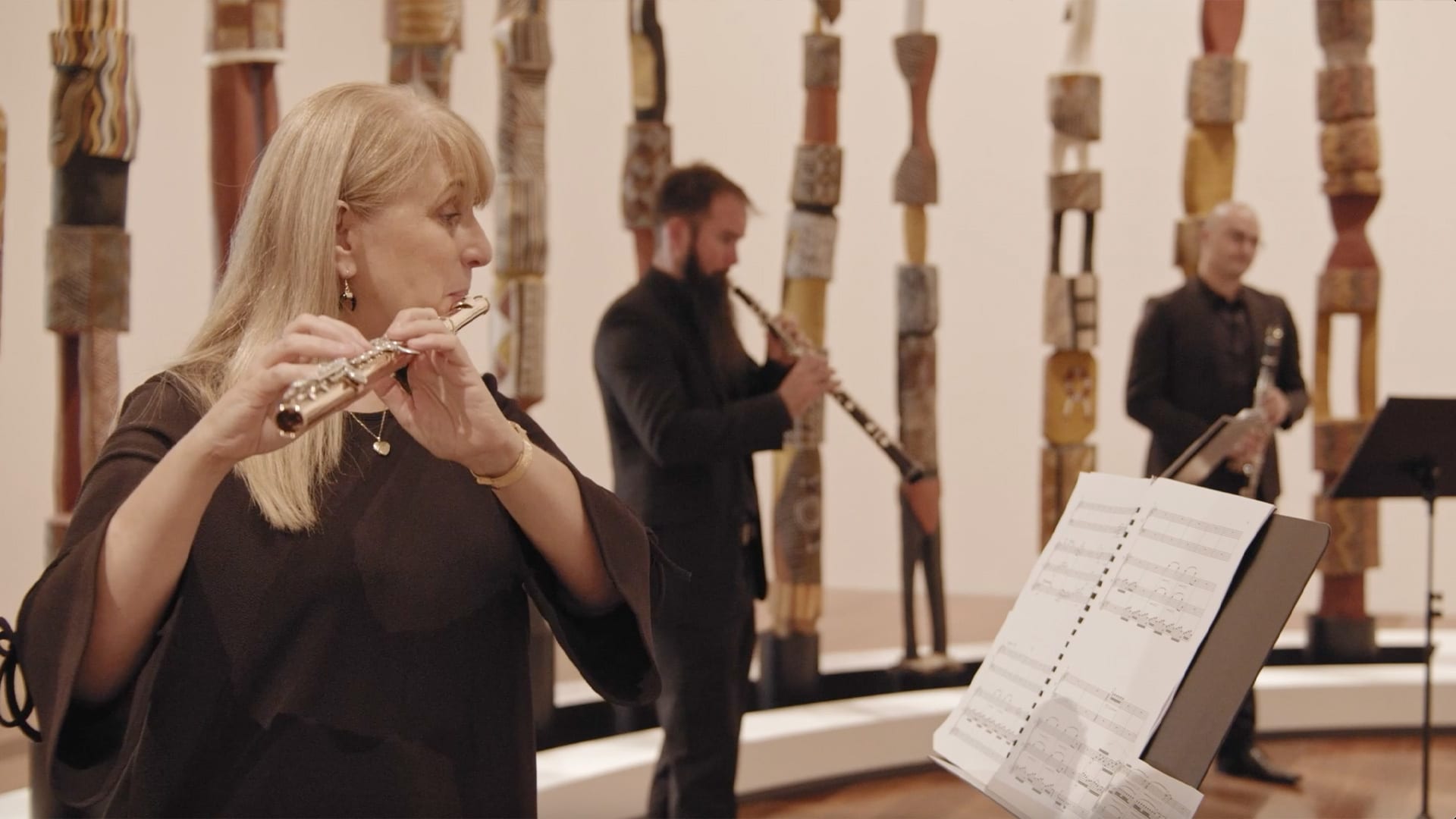 This work was inspired by the artistic and cultural knowledge of Tiwi artist, Pedro Wonaeamirri. The video was recorded at NGV Australia, amongst Pukumani poles that formed part of the TIWI exhibition, the largest exhibition of work by Tiwi artists ever to be exhibited, in which Pedro’s work was prominently featured.

The lands on which this work was made are those of the Boon Wurrung and Wurundjeri peoples of the Eastern Kulin Nations, we pay our respects to their elders, and the elders of the Tiwi peoples, past, present and emerging.

Pukumani is the fifth work in the Woven Song series. Inspired by the Art and cultural knowledge of Tiwi Artist Pedro Wonaeamirri, Pukumani is the powerful subject of the Embassy Tapestry which resides in the Australian Embassy to China in Beijing.

For more than two thousand generations the First Nations people of Australia have passed on all knowledge of geography, the sciences, medicine and humanity through the visual and performing arts. In traditional cultural practice the arts are woven together to strengthen purpose and identity. The singer is the dancer, the dancer the painter and the painter the story teller.

The Woven Song, Embassy Tapestry Series is the embodiment of this principal and is the latest international project by Short Black Opera featuring ten new compositions by Deborah Cheetham AO. The project celebrates works of art from an ancient culture, reinterpreted and recreated by the exceptional weavers at the Australian Tapestry Workshop, inspiring a contemporary response in current classical music practice.

It is an innovative project that breathes new life into each work, honouring the artistic excellence of the artists involved in creating these three-dimensional works of cultural expression.