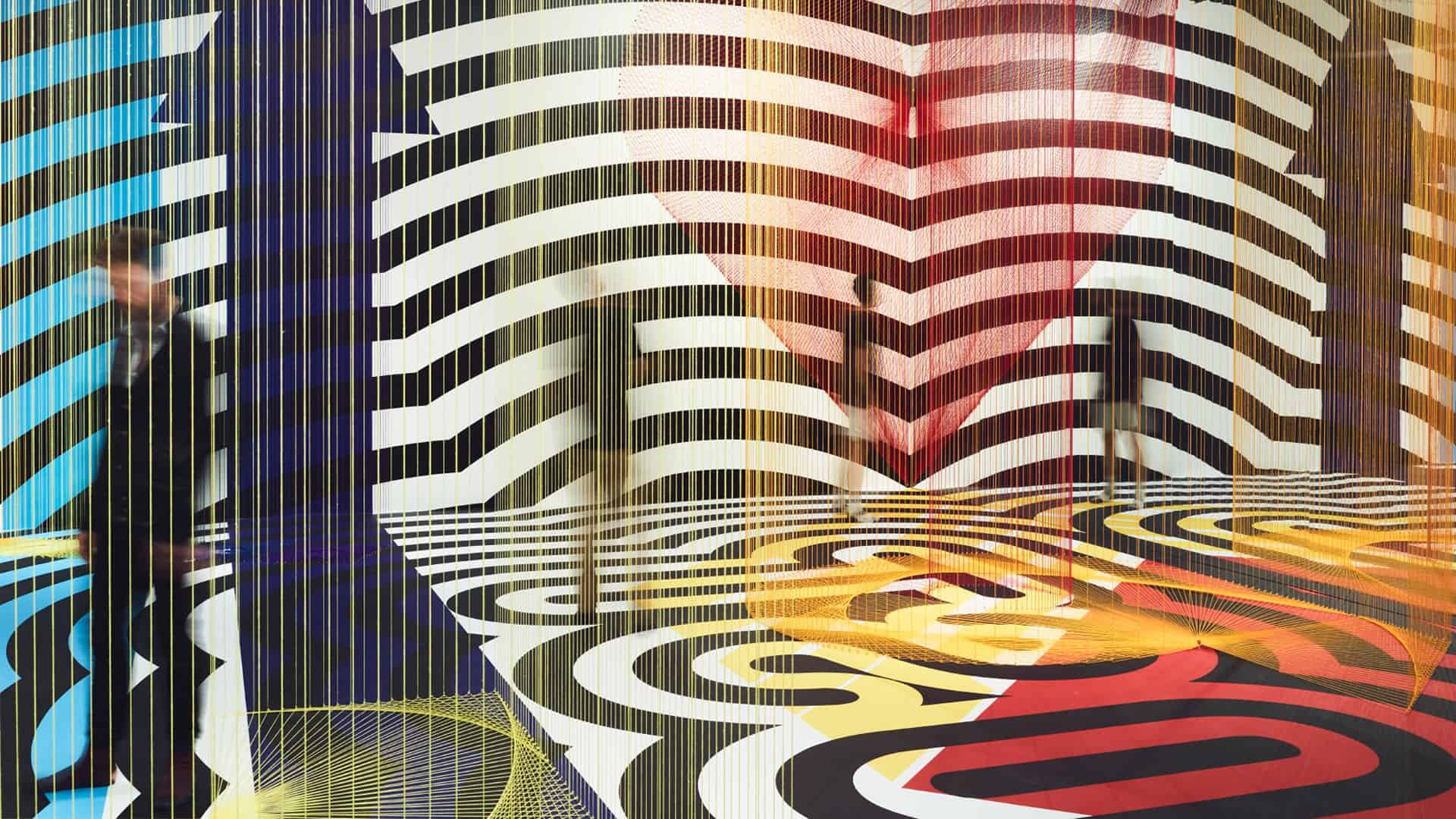 Known for her boundary-pushing installations using thread, yarn and weaving, Pae White’s installation (Untitled) 2017, uses graphic forms writ large as the starting point for an exploration of space. Acrylic yarn extends the outline of the flat shapes in three-dimensions, as solid lines within the gallery. Moving through the room and between the coloured forms shifts the viewer’s perception of space as new compositions of line, form and colour reveal themselves from different positions.

Californian artist Pae White has exhibited extensively across the United States and internationally over the past twenty years, as well as undertaking projects for the Venice Biennale in 2009 and Whitney Biennale in 2010. She has executed commissions for Transport for London, the New Opera House in Oslo, and Berlin Brandenburg and Los Angeles airports.