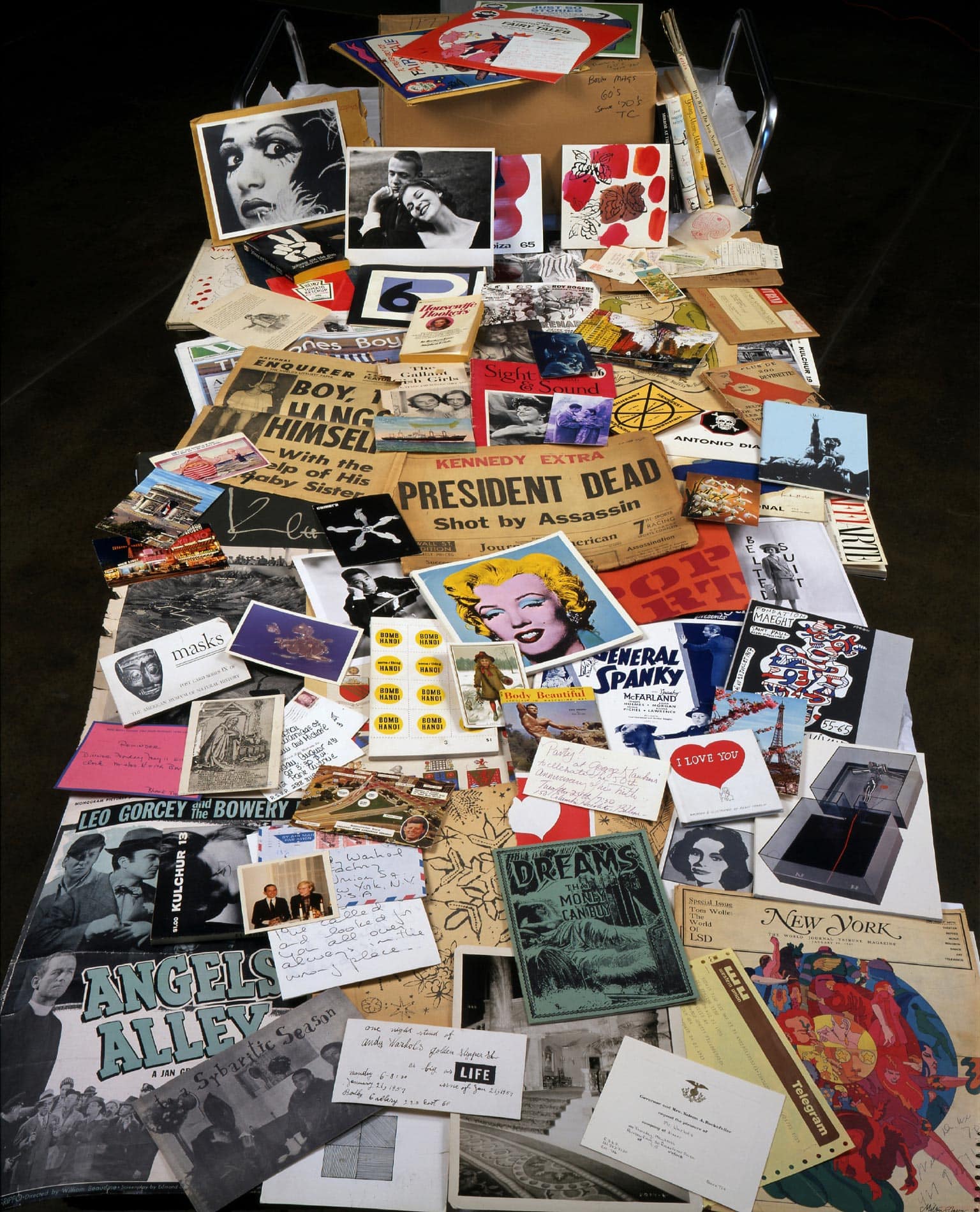 “What you should do is get a box for a month, and drop everything in it and at the end of the month lock it up. Then date it and send it over to Jersey.”

The act of collecting throughout time has been driven by variety of desires, from fascination, to comprehension, to obsession: collecting for the sake of it. Andy Warhol spent years documenting and cataloguing his daily existence, his collections at once becoming art as well as archive.

Beginning with the desire to simplify a move in 1974 from his Manhattan studio at 33 Union Square West to a new location at 860 Broadway, Warhol packaged anything he felt worth keeping into uniform cardboard boxes. Afterward, he began to use these moving boxes to store the bewildering quantity of material that routinely passed through his hands. Ironically referring to these boxes as “Time Capsules”, Warhol had began the very humanist pursuit of instilling a sense of order in his chaotic world. By his death in 1987, he had created over 600 Time Capsules.

Like his films and audio tape recordings, the Time Capsules are a further attempt to capture time and human experience in an indiscriminate way, elevating the trivial to art and making art just another item of the detritus filed away. Their contents, like Warhol’s artwork, are both illuminating and enigmatic.

Around 120 Time Capsules have so far been painstakingly inventoried by the Andy Warhol Museum in Pittsburgh. More then 3,000 objects are contained within in the fifteen Time Capsules selected for this exhibition. Objects displayed will include newspaper clippings and magazine ads, greeting cards, a pair of Clark Gable’s shoes, children’s books, record albums, original drawings, and finally photographs – hundreds of strips from photo booths of friends, celebrities and strangers.

The phenomenal contents of Andy Warhol’s Time Capsules not only provide a unique window into the life of this prolific and iconic artist, but also offer an almost exhaustive cultural context for the social and artistic scene in America during his career.

Since Antiquity, chairs have been utilised across diverse cultures and universally understood as a ubiquitous part of human culture. These…