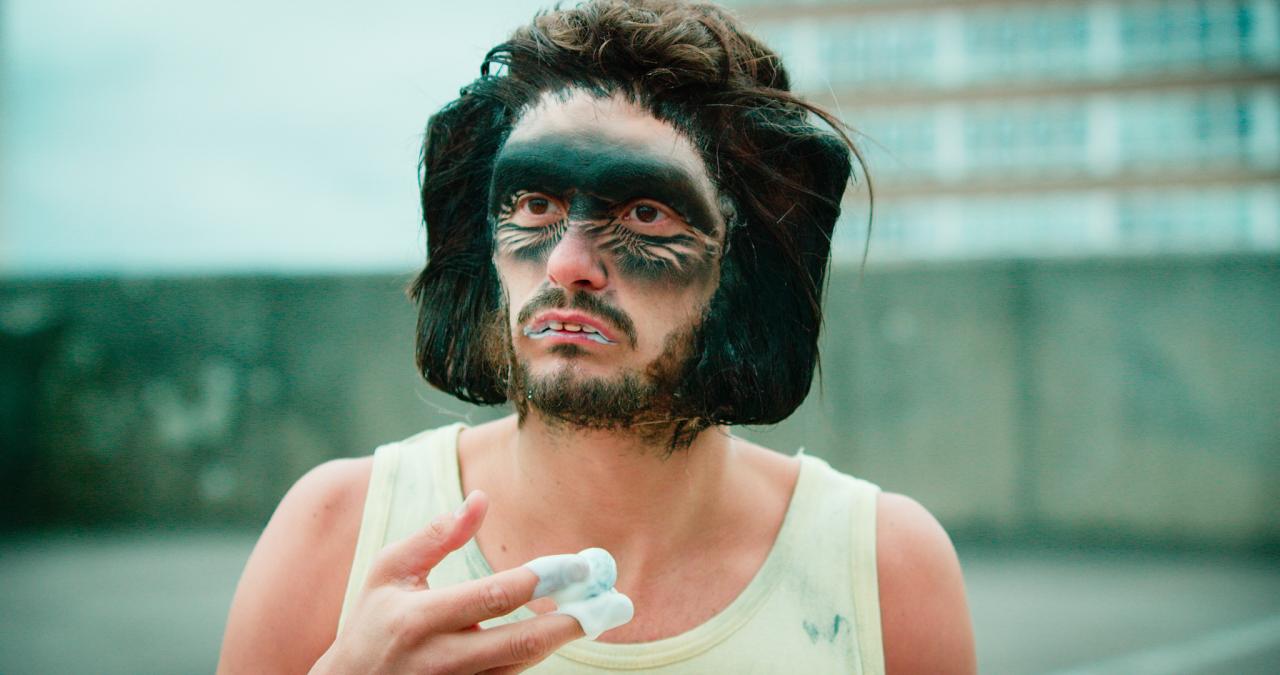 Nathaniel Mellors’s film series Ourhouse reconceives Italian director Pier Paolo Pasolini’s classic film Teorema (1968) within a familiar British sitcom format. Ourhouse chronicles the decline of a wealthy and eccentric English family as they receive an unlikely visit from ‘The Object’, who devours the contents of their library. Over the course of the series, the artist explores the power of language with characteristically dark humour.

Ourhouse episode –1: Time 2015–16, is the fifth and final episode in the series and Mellors’s most ambitious instalment to date. It deals with contemporary issues surrounding technology and ideas relating to ‘otherness’ or difference as considered through a lens of prehistory. The events unfold in the ‘Northern Wing’ of the family’s dilapidated country manor, inhabited by tribes of Neanderthals and Homo sapiens.