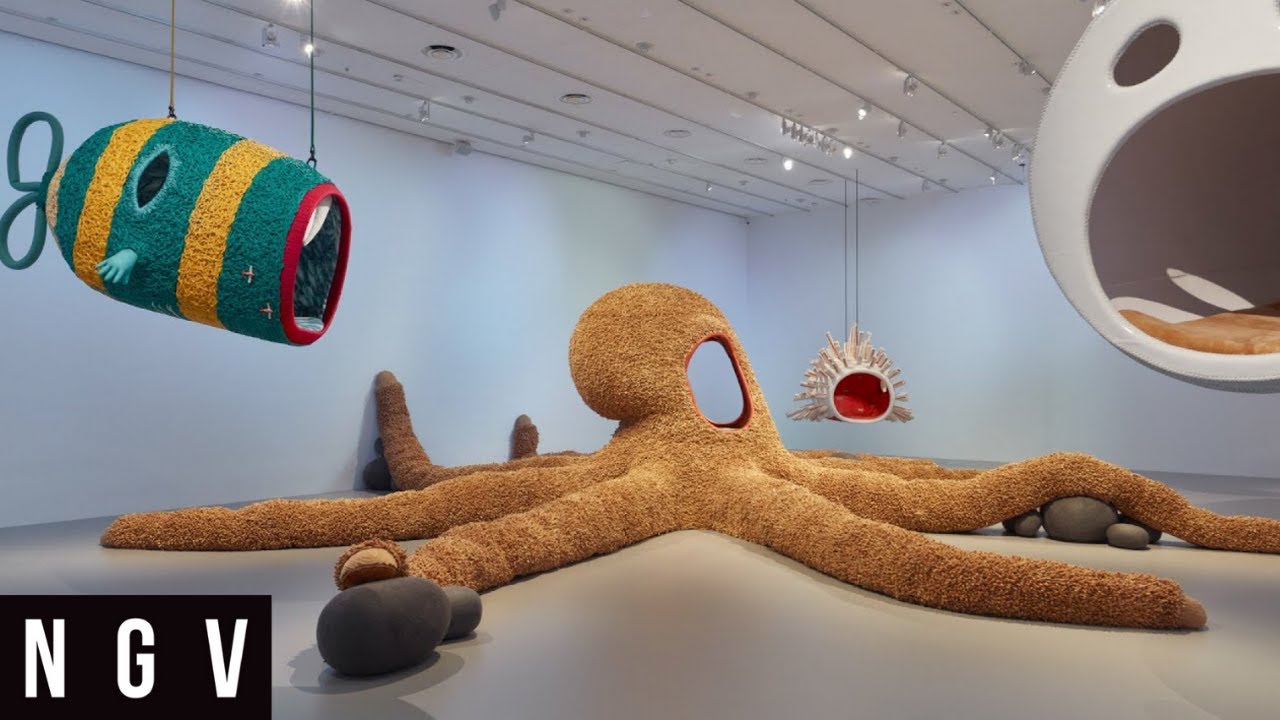 Plastocene – Marine Mutants from a Disposable World, 2020, presents imaginary sea creatures from a dystopian future which designer Porky Hefer calls the Plastocene. Marking the end of the current fossil-fuelled epoch, the Anthropocene, here the cigarette butts, cotton buds, straws, coffee cups, fishing nets and other discarded detritus of humans’ hyper-consumerist lifestyles and environmental neglect have transmutated into a new type of life. In a twist of evolutionary fate, Hefer imagines what would happen if refined hydrocarbon distillates from fossil fuels fused with organic DNA to generate new forms. While humans would struggle to inhabit this toxic future, Hefer hopes that life would still continue through these new life forms following the mass extinction that he sees as being selfishly perpetuated in contemporary society. Plastocene – Marine Mutants from a Disposable World has been handmade with a community of artisans in and around Cape Town, South Africa.