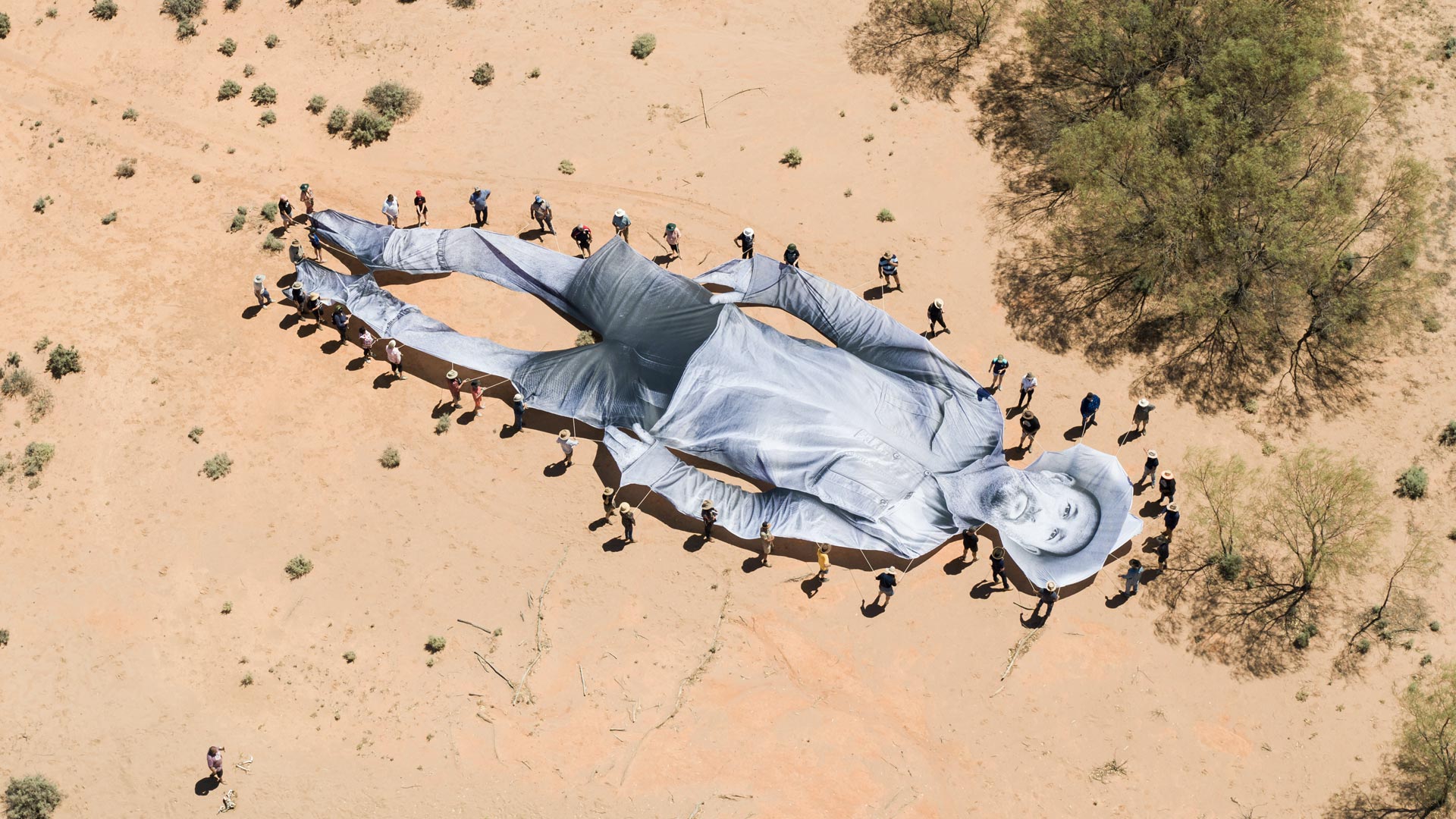 Lifelines of water run through the Australian landscape. Over recent years these waterways have become increasingly politicised as competing motivations and ecological decline collide.

The Baaka / Darling River system has become one of these politicised bodies, as intensive water extraction from irrigation, climate change and drought have compromised its water health and created tensions between First Nations people, family farms and multinational agribusinesses.

JR’s Homily to Country focuses on the ecological and human impact of the river’s decline and acts as a starting point for the people who are featured in this project to join Triennial curators and authors to discuss the personal impacts and ongoing tensions along the river, and visions for a more equitable shared future for all – human and non-human alike.

This program was part of Triennial Conversations, which took place on Saturday 19 and Sunday 20 December to mark the opening of NGV Triennial 2020.