Do we know when and how it was cleaned? Not entirely. The thorough documentation of conservation treatments is a rather recent phenomenon. Only a handful of art museums around the world have concise records of treatments carried out before World War II, and many do not have much in the way of reporting before the 1960s. For works in private collections, conservation records have been almost non-existent.

Consequently, trying to trace the conservation history of an old painting like the Crossing of the Red Sea (which remained in private hands until 1948) inevitably becomes an exercise of searching for clues within the picture rather than looking around for information from files and correspondence.

Nevertheless, we do have some information on the painting’s previous restorations. It was cleaned in London in 1947 by an as-yet unknown restorer while still in the collection of the Earl of Radnor. It was cleaned again by the pre-eminent restorer Horace Buttery in 1960.

Buttery had an illustrious career in London from 1929 to 1962. For decades he cleaned paintings for a large number of England’s most important galleries and dealers, and eventually served as picture restorer to the British Royal Collection. During this period the NGV occasionally sent some of its most valuable paintings back to London to be restored by Buttery, most famously with Giambattista Tiepolo’s Banquet of Cleopatra in 1955.

The curious decision to have the Crossing of the Red Sea restored again so soon after the 1947 cleaning will be explored in a later post, however it is likely that the decision to send the painting to the major Poussin exhibition at the Louvre in 1960 was the catalyst in prompting NGV Director Eric Westbrook to send it to Buttery. The decision appears to have been made in concert with the National Gallery in London, where the pendant Adoration of the Golden Calf was concurrently restored by Herbert Lank. The two cleaned paintings were hung side by side at the National Gallery in 1961 following the Paris exhibition.

The Royal Academy Exhibition label from 1873 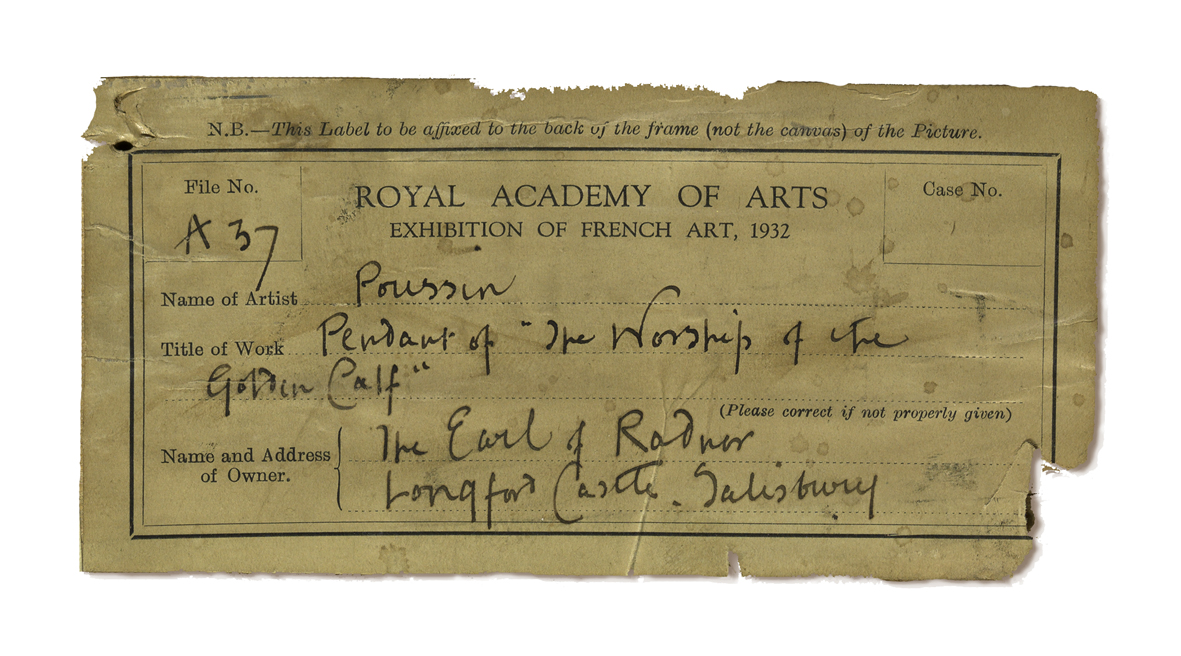 The Royal Academy Exhibition label from 1832

We will have to wait until the painting is cleaned to see if there is more to learn about the treatment history.