The rediscovery of a “lost” replica

In the previous post we looked at Etienne Gantrel’s engraving and the Gobelins tapestry as tools for identifying some of the changes which have occurred to the NGV Poussin.

They certainly suggested that a considerable amount of change has occurred in the sky of our painting, however they are of limited use for a conservator attempting to recover or reconstruct lost passages of original paint. So though Horace Buttery may have been aware of them when he restored the painting in 1960, he may well have chosen not to rely on them for his treatment.

It is possible he may have known that a life-size painted replica had been made of Crossing of the Red Sea in the late seventeenth century. This was a copy said to be by none other than Charles Le Brun, the leading French artist at Versailles, and a painter who was directly inspired by Poussin. Unfortunately for Buttery, this replica had not been seen or recorded since 1773 and was considered lost or destroyed.

It therefore came as no small surprise when, in late 2009, Bernard Barryte, Curator of European Paintings at the Iris and B. Gerald Cantor Center for Visual Arts at Stanford University in the United States contacted the NGV to let us know the lost replica had resurfaced. The copy, which is loan to the Cantor Center from a private collection, appears to have remained in a San Francisco Bay area collection for several decades, having been purchased in England sometime in the twentieth century.

Dr. Barryte sent us some photographs of the painting, which confirmed its high quality and faithfulness to Poussin’s original.

In May of 2011 I was able to go to California to examine the painting and arrange for high-resolution photography to be carried out.

Despite a discoloured varnish on its surface, the Stanford painting is in remarkably good condition, particularly in areas where our original is worn. Its value to our knowledge about the original is enormous. By virtue of the fact that the painting was executed with great skill and attention to detail, we are now able to use it as something like a documentary record of the painting at it appeared around 1685, some fifty years after the original was completed.

It has much to tell us about how the original has changed. 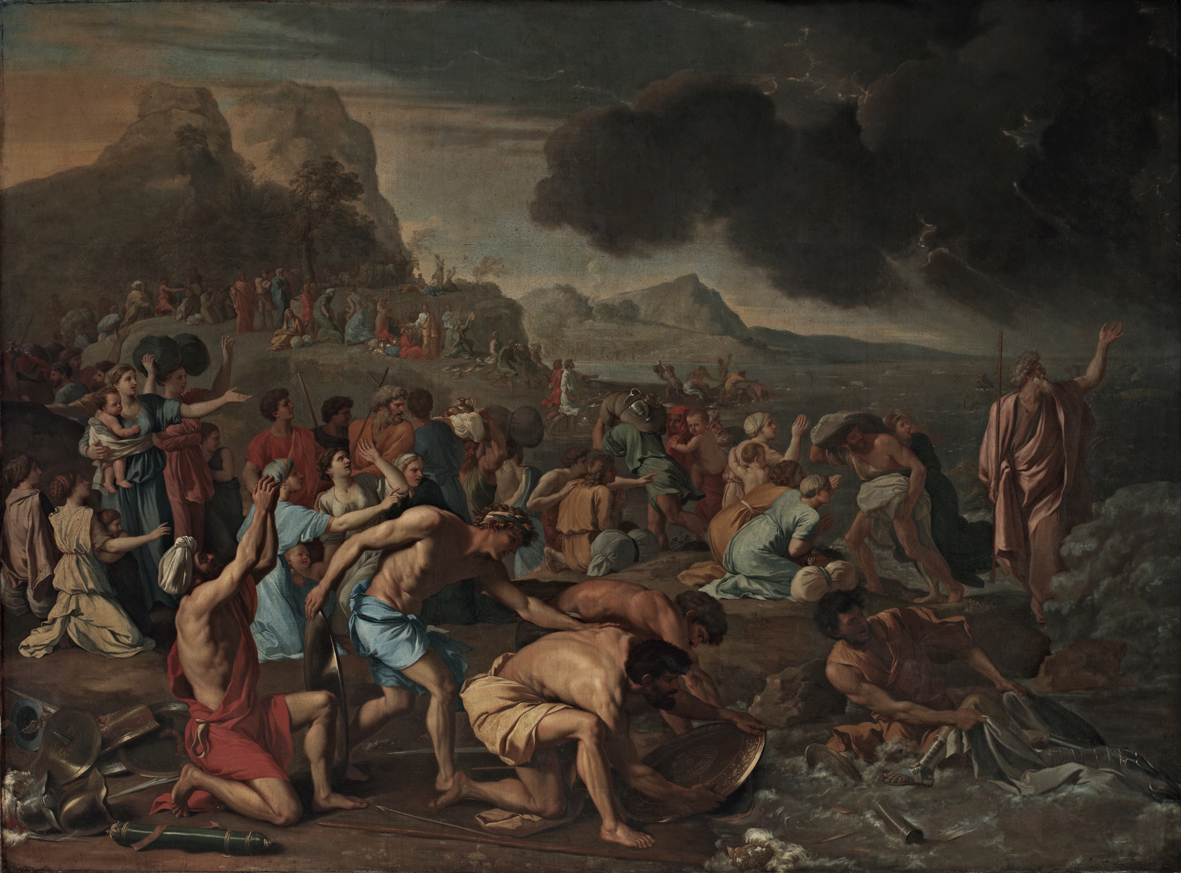 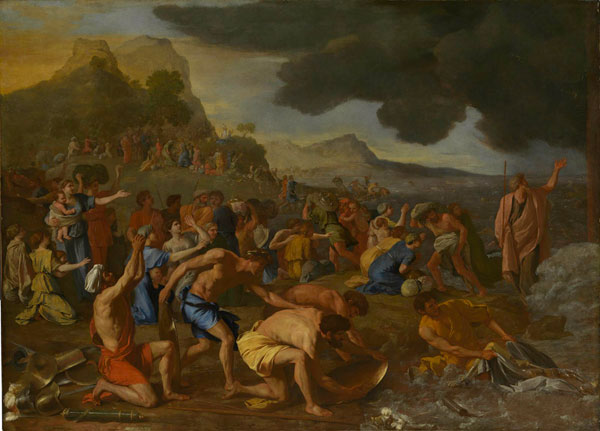 The NGV Crossing of the Red Sea by Nicolas Poussin Before conservation treatment.

At first glance there are two notable differences: the overall tonality of the original is much darker than the Stanford copy, and the clouds in the two paintings are now radically different. These features and other fascinating differences between the two will be examined in later posts.

The discovery of the replica has given us much to consider in light of the current restoration but also more generally in regards to Poussin and how we interpret his images.