Though we are rarely able to perceive it with our own eyes, paintings are always in a state of transition. Scientific and technical analysis can enable us to understand how the materials used by the painter have aged over the years. It can also shed light on the path of transition the painting took while Poussin was still at work on it: the alterations he made to parts of the picture to bring it to completion.

It is not uncommon to find artist-made revisions to paintings, even when the painter has laid out a detailed preparatory drawing on the unpainted surface. These revisions, more commonly known aspentimenti, can even be found in the work of painters such as Jan van Eyck and Raphael, who were renowned for their careful planning, while there have been many others – foe example the sixteenth century Italian painters Andrea del Sarto and Dosso Dossi – who often made radical changes midway through the painting process, with the finished work ending up substantially different from its original intended appearance.

A pentimento in the landscape

Poussin’s preparatory technique was famously rigorous and highly planned, yet he too frequently made adjustments as he went along. The Crossing of the Red Sea is full of changes to both the landscape and the figures. 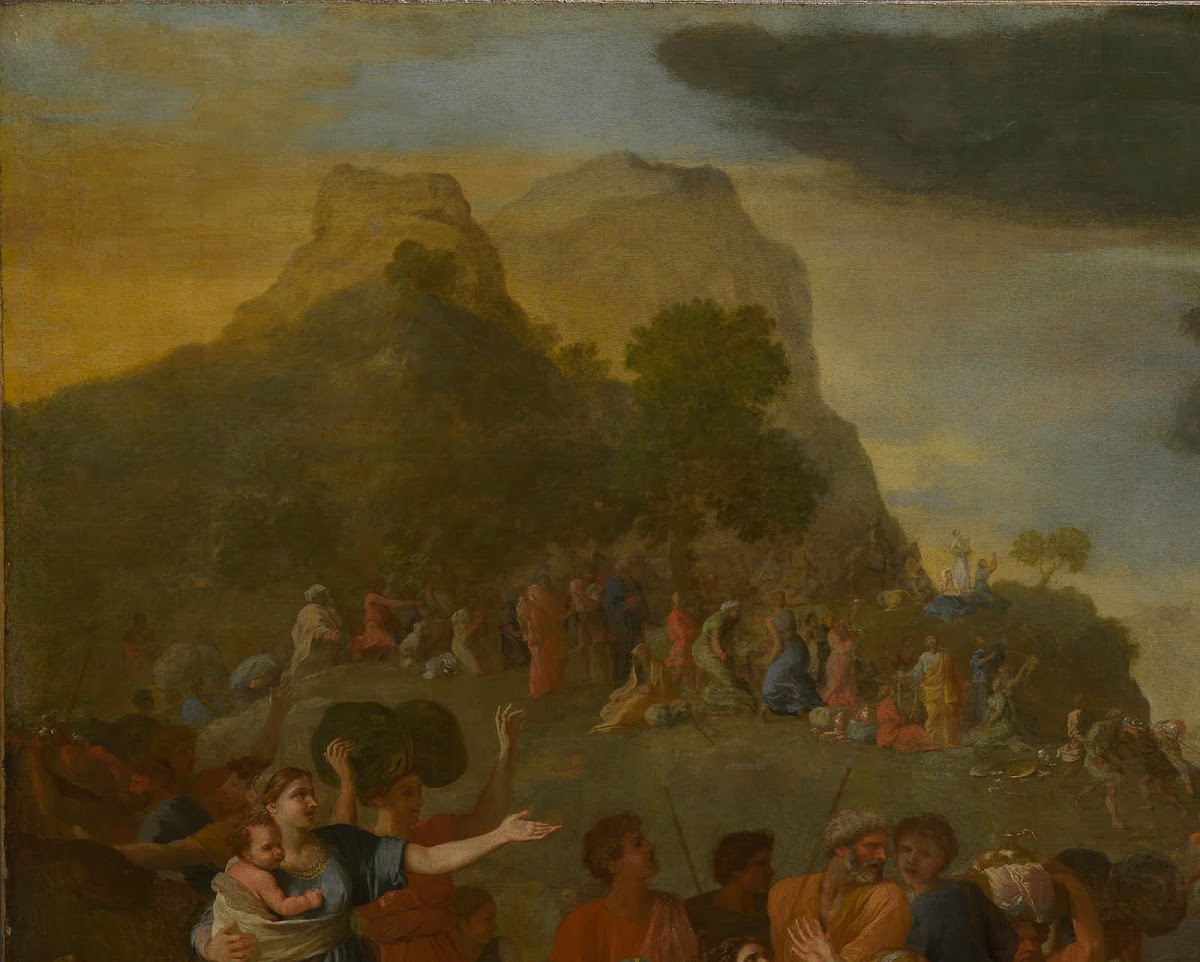 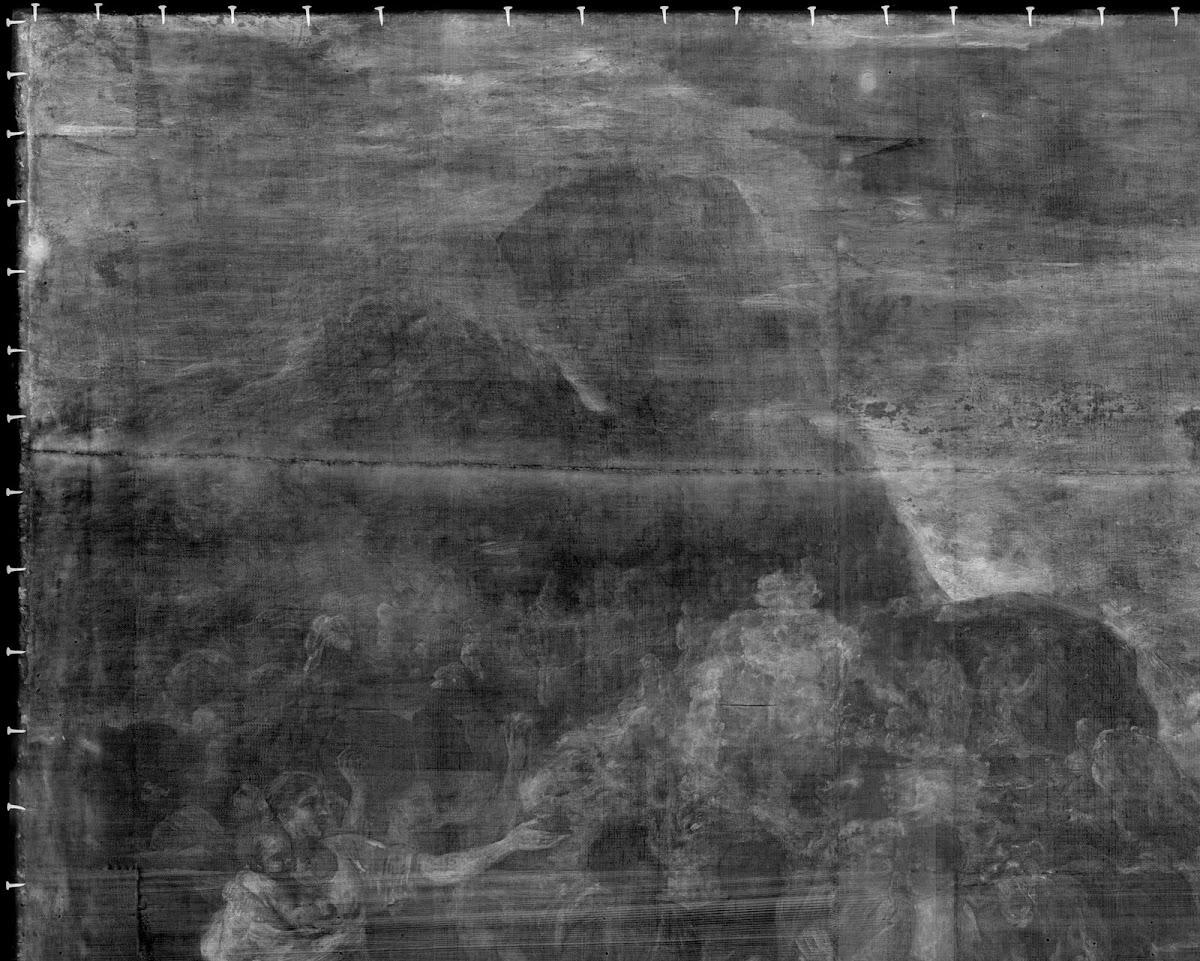 The upper photograph shows the top left corner of the painting. The lower photo is the x-radiographic image for the same area. The radiograph, or shadowgraph as it was once more descriptively called, reveals that Poussin seems to have originally planned for just the one tall mountain peak.

The dark areas of the radiograph are not caused by dark paint, but rather by the absence of the x-ray-absorbent paler pigments which were used for the sky. When laying in the paint of the sky Poussin painted around the area he intended for the mountain, and the area he left unpainted was the space he left for his intended mountain. The radiograph suggests that when he painted the left peak he had to paint over an area originally intended to be sky.

Pentimenti in the figures

Another type of pentimento common to Poussin is the addition of draperies to figures he first painted nude. The three primary figures of the painting were all painted nude and were “clothed” after the figures were complete. This was not done out of prudery but as part of his process to create harmony of groups of figures by arranging them first in their most elemental form, unencumbered by heavy clothing. In the following images you can see a detail of the central figure and its corresponding radiograph. 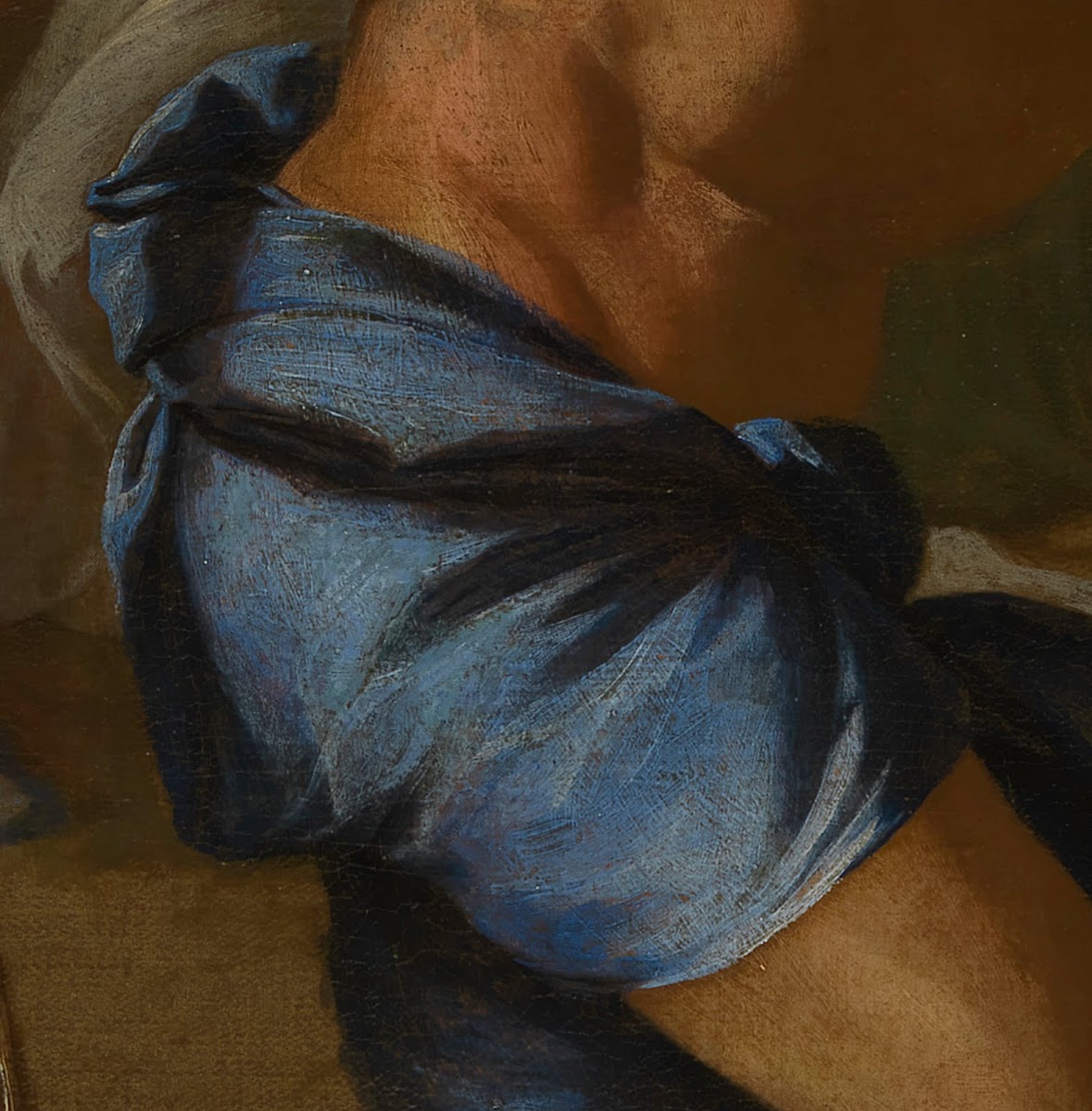 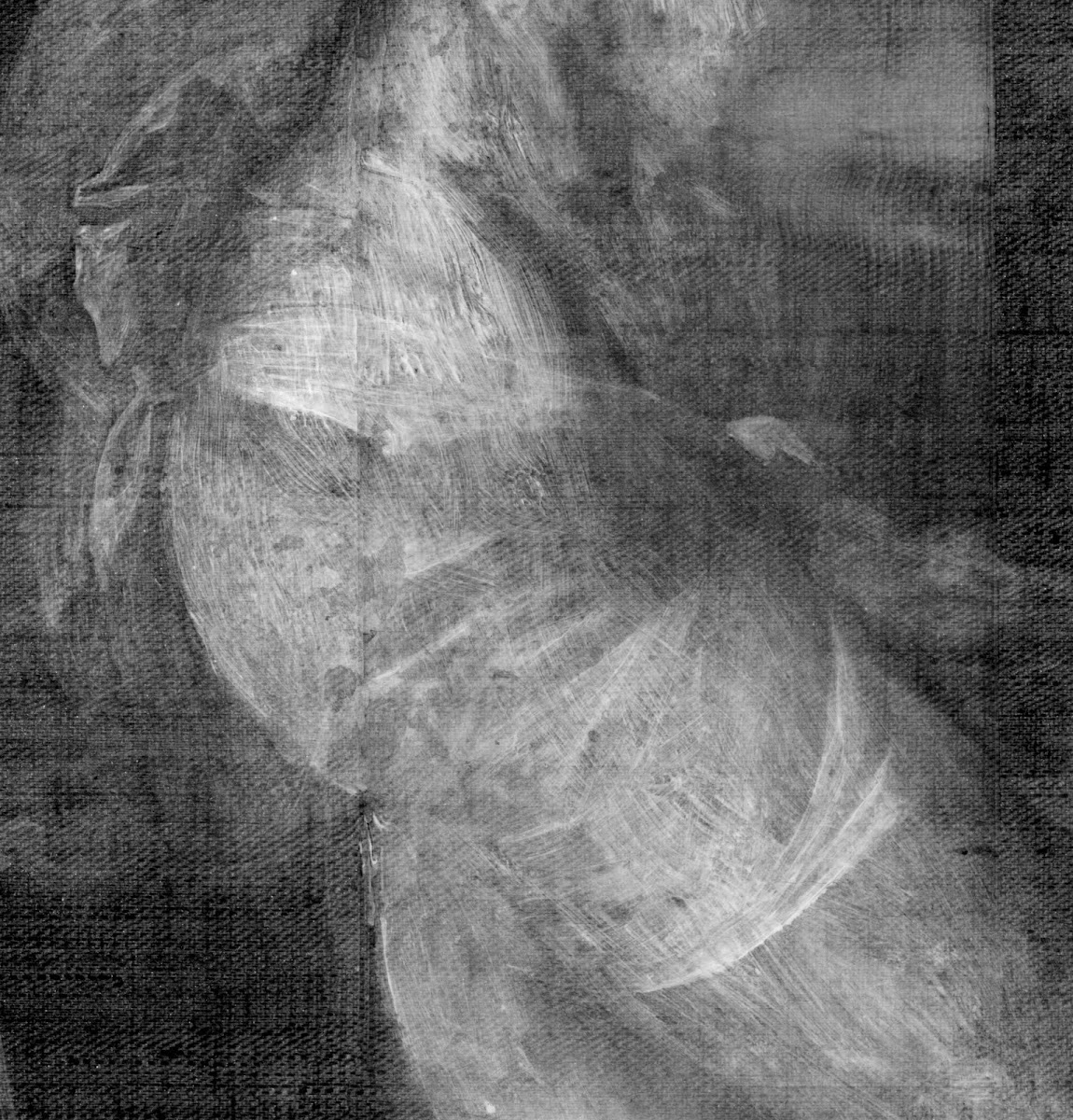 The naked form of the figure is clearly visible in the radiograph, with the streaky brushstrokes of the upper leg and hip visible beneath the almost horizontal brushstrokes of the blue drapery. Finally, there are plenty of smaller pentimenti scattered throughout the picture which are visible to the naked eye, such as in the headscarf of this female figure below. For some reason Poussin decided to extend it down further than he originally painted it, so he was obliged to cover part of the head of a background figure, with the ear of the male figure visible beneath. 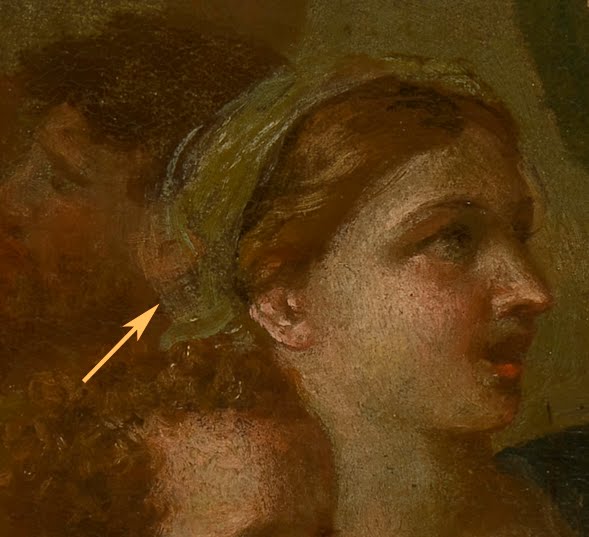 In the next post I will show you some of the changes to the painting that have been brought about by the passage of time.