The mystery figure in the NGV Crossing of the Red Sea 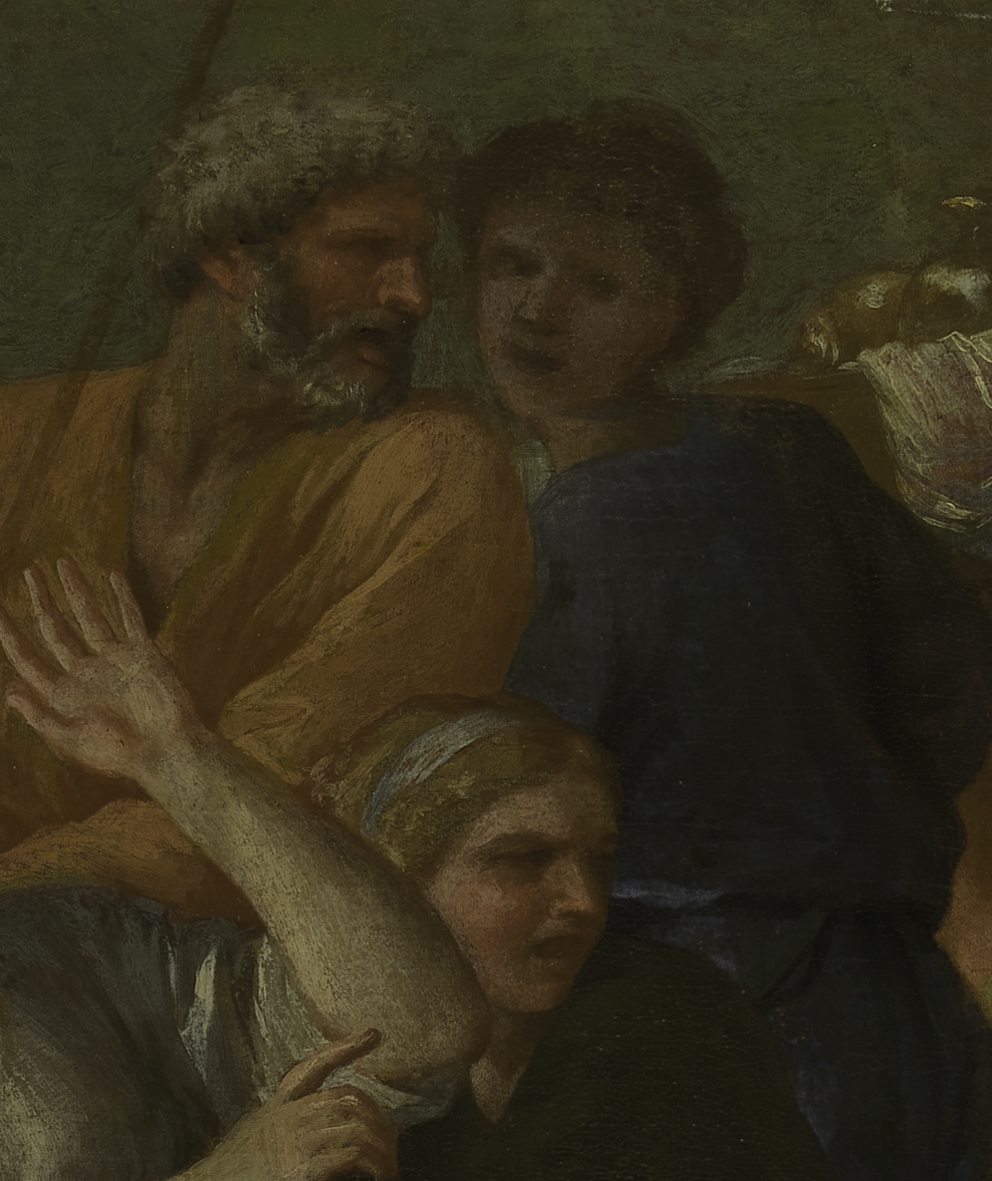 Detail of NGV Crossing of the Red Sea by Nicolas Poussin

Before the cleaning of Crossing of the Red Sea took place, there was one figure in it which had attracted attention from observant viewers. This figure in blue, nestled in among the throng of agitated Israelites, looked over her shoulder directly at the viewer. She drew attention because there was something odd about her in comparison with the figures nearby: the modeling of the paint in her face was much less refined than those of her companions, and she seemed contorted in a rather unusual way. There was a suspicion that the face was either severely worn or else the work of a restorer. 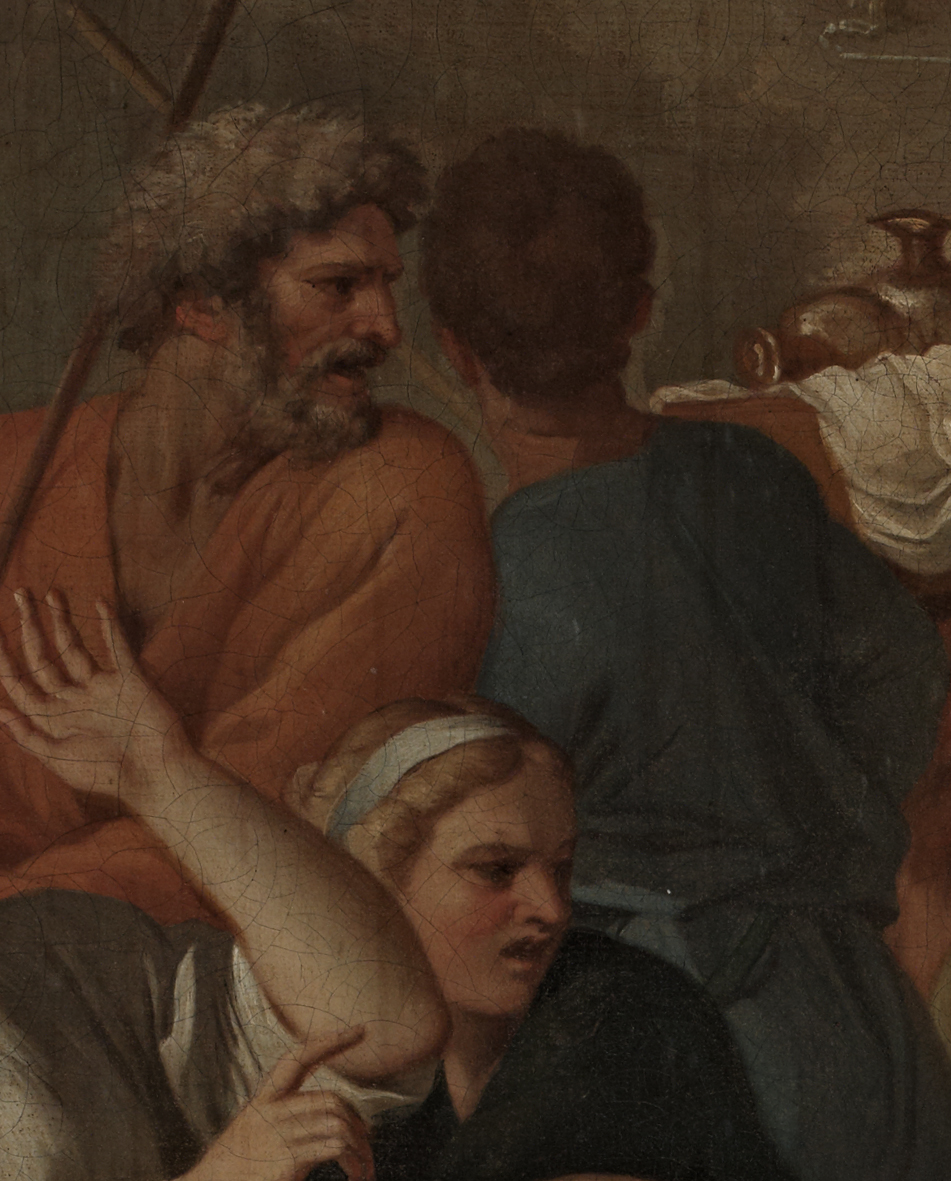 When we referred to the Stanford replica, it showed a notably different figure. Though it had a similarly shaped body, the head was turned right around so that all that was visible was hair and a pair of ears. The engraving and the tapestry versions of the painting confirmed that Poussin painted the figure turned away from the viewer, so it appeared certain that the face we found on our Poussin must have been the work of a restorer. Therefore during the cleaning it came as a surprise to discover that the face was in fact original to the painting. Unlike the other areas of restoration, the paint of the face was not soluble in the cleaning solution, and when examined under high magnification it appeared consistent with the surrounding original paint with a similar craquelure, brush and pigment characteristics. But how could it possibly be by Poussin when the other copies and replicas told us the figure was turned the other way?

The answer appears to be that the face looking at the viewer was the first idea Poussin had, but after concluding that for some reason it did not work, he painted it out, replacing it with the head turned around the other way. If you look closely at the blue-clad body of the figure in the original, you can also see how the initial positioning of the body was different to its final appearance. The body was originally painted in a side-on pose, with just one shoulder visible. When Poussin decided to turn the figure’s head around he also turned the body around, adding the other shoulder which would have been obscured in profile in the first incarnation. The later-added shoulder and side of the body now appears different to the main part due to abrasion of the surface.

So how did we end up with the former head on the newer body? It is likely, during a previous cleaning, that a restorer identified the paint of the earlier face beneath the later one, and mistakenly took the later version for restoration. In cleaning off the top layer the restorer most probably believed that he was returning the image to Poussin’s original, which in fact he was, though surely unaware that the layer he was removing was Poussin’s intended version.

With the painting now cleaned, what remains to be done with the old head? There are three options:

In the end, the decision is not a difficult one. In its present state the earlier head no longer sits comfortably with the body, appearing turned around in an impossibly contorted manner. Though it could be argued that the earlier head is more appealing than the final version, it is important to recognize that the artist had a problem with it and saw the need to change it. With the aid of the Stanford version of the painting it is now possible to return the head to the appearance Poussin intended, so this will almost certainly be the treatment path taken.