Paintings have been examined by radiography ever since x-rays were first discovered by the German physicist Wilhelm Röntgen in 1895. Today, over a hundred and fifteen years later, there is still no more useful tool for the conservator than radiography because it can provide information about so many components of the painting. Other valuable examination tools, such as infrared imaging or microscopy tend to be more specific in their application.

At the NGV, paintings in the collection are routinely x-rayed as part of the documentation process carried out by the conservation department. The process is usually straightforward but must be carried out according to strict health and safety regulations. Paintings are laid out onto a special lead-lined table containing the x-ray unit. Once the painting is in position large photographic plates in lightproof envelopes are placed on the surface, then covered with a lead-lined cover to ensure that the hazardous x-rays are safely contained. The unit is activated for a short time – like a camera shutter exposing the photographic film -causing the x-rays from the unit to pass through the painting and onto the x-radiographic plate. Once the plate is exposed it is then taken to the x-ray processor for developing. With larger paintings many plates are required to get the whole work radiographed. The Poussin needed thirty separate plates. 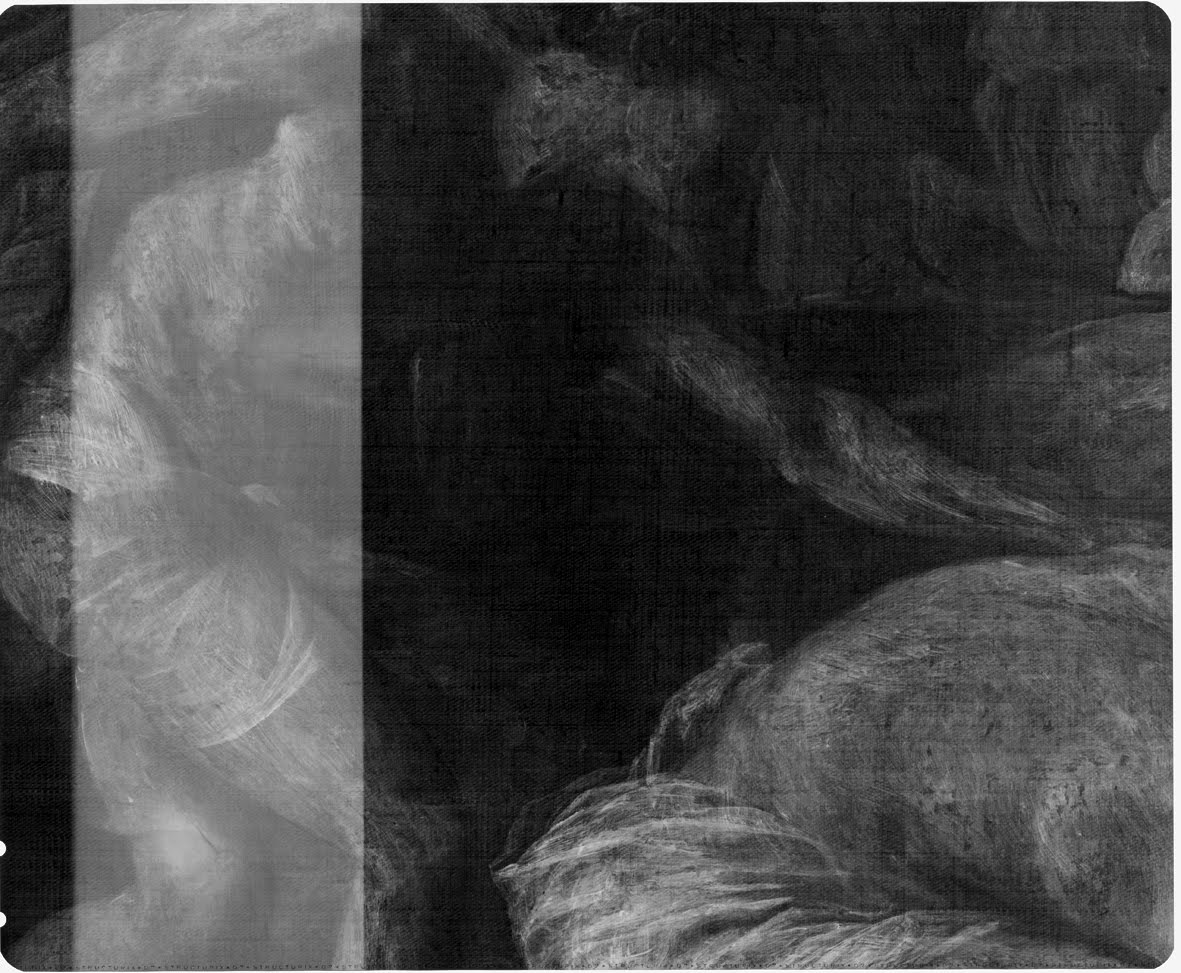 This is what a single plate looks like once it is processed. To get the most value out of the technique it is usually preferable to join all the other plates together so that the image for the whole painting can be read in one go. In the past this used to be done on large light boxes, but it is now done with digital imaging technology. To do that, each plate is digitally scanned. The scanned images are then assembled on a computer, using imaging software to form a large composite image. 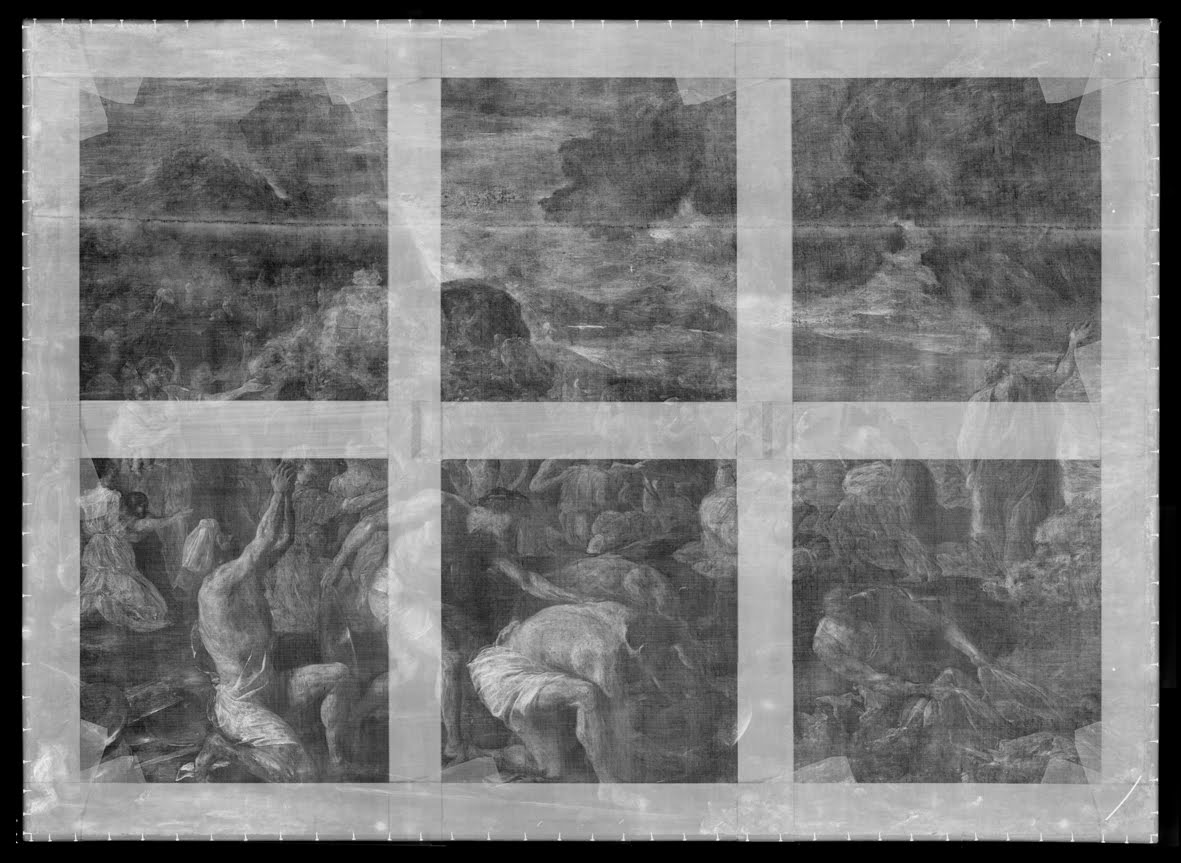 The above image is the digitally assembled radiograph for the painting. It reveals not just the painting on the canvas but also the wood stretcher and all the other components which hold the work together. Radiographs can be very useful for determining the condition of those structural components, particularly for paintings on wood panels. However, there are other times when the image of the stretcher can impede our examination of the painted surface. In these cases we are able to digitally adjust the radiographic image to reduce the effect of the stretcher, as we see in the image below. 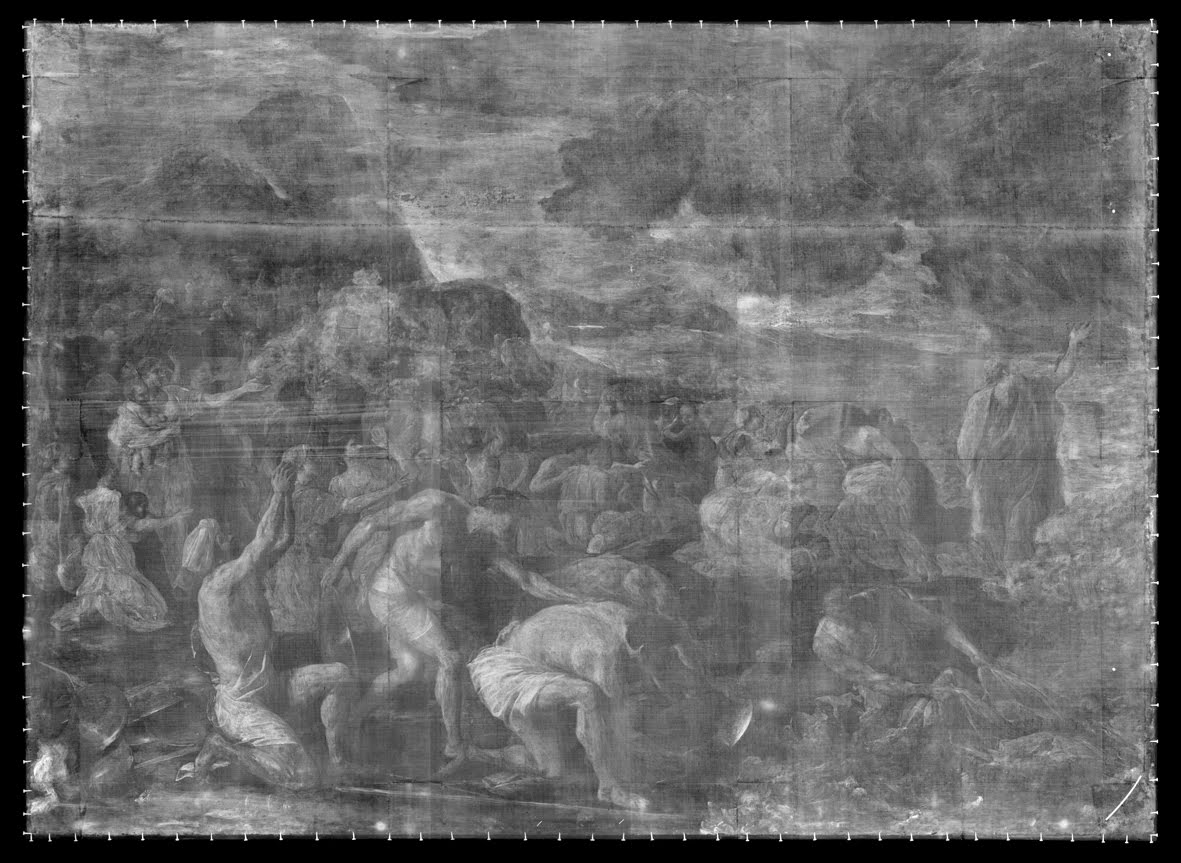 Now we are able to recognize the image of the painting and can make some assessment about the artist’s technique. The fact that the radiograph corresponds with the painting as we normally view it tells us that Poussin did not make wholesale changes to the painting while he was at work.

We saw in the earlier post about Poussin’s modifications that some of the smaller changes – such as adding clothing to naked figures – were visible in close up details of the radiograph, but on the whole no large scale alterations are present.

On some paintings radiographs will reveal radical changes or even an earlier painting underneath the final image. Here is an example: In this detail of a painting by the eighteenth-century painter Joseph Wright of Derby you can see another face. This is from a much older portrait which sits beneath Wright’s. 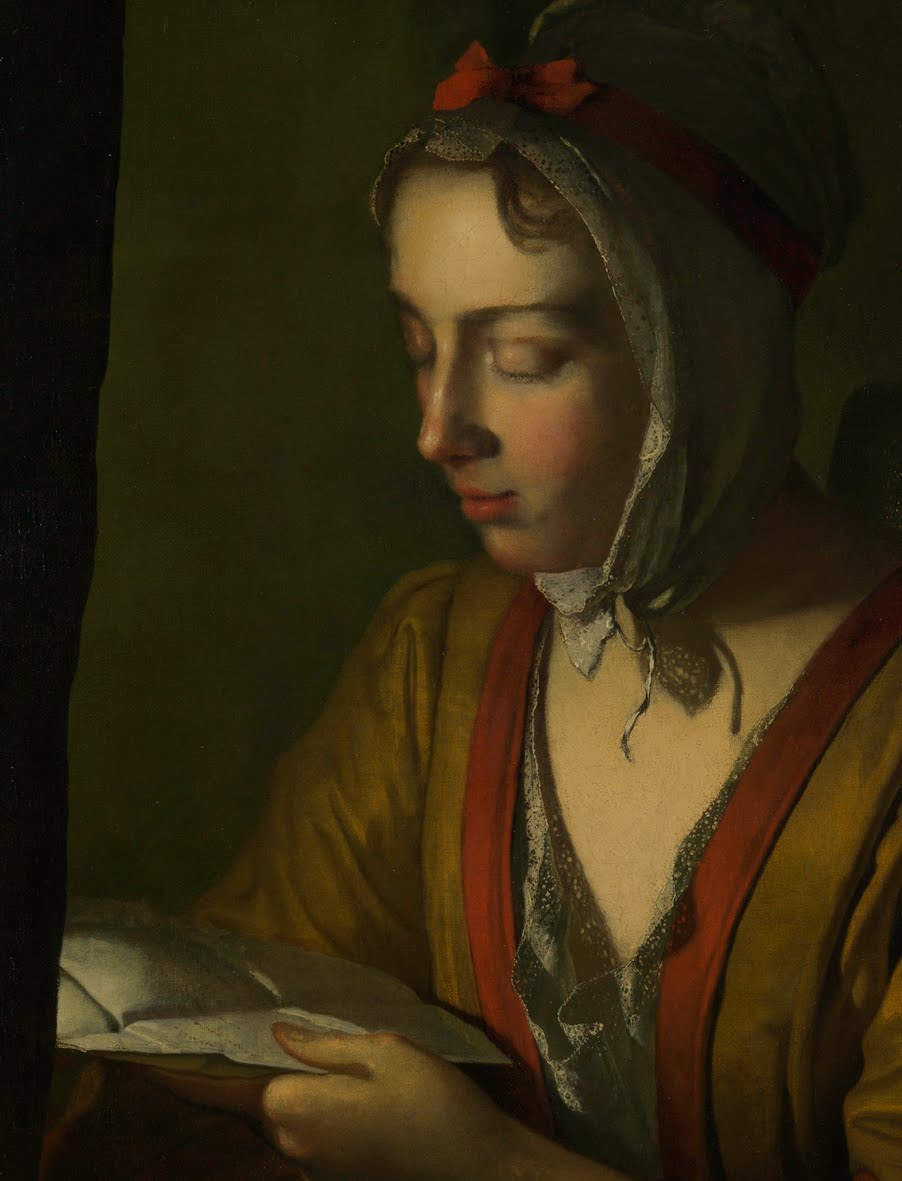 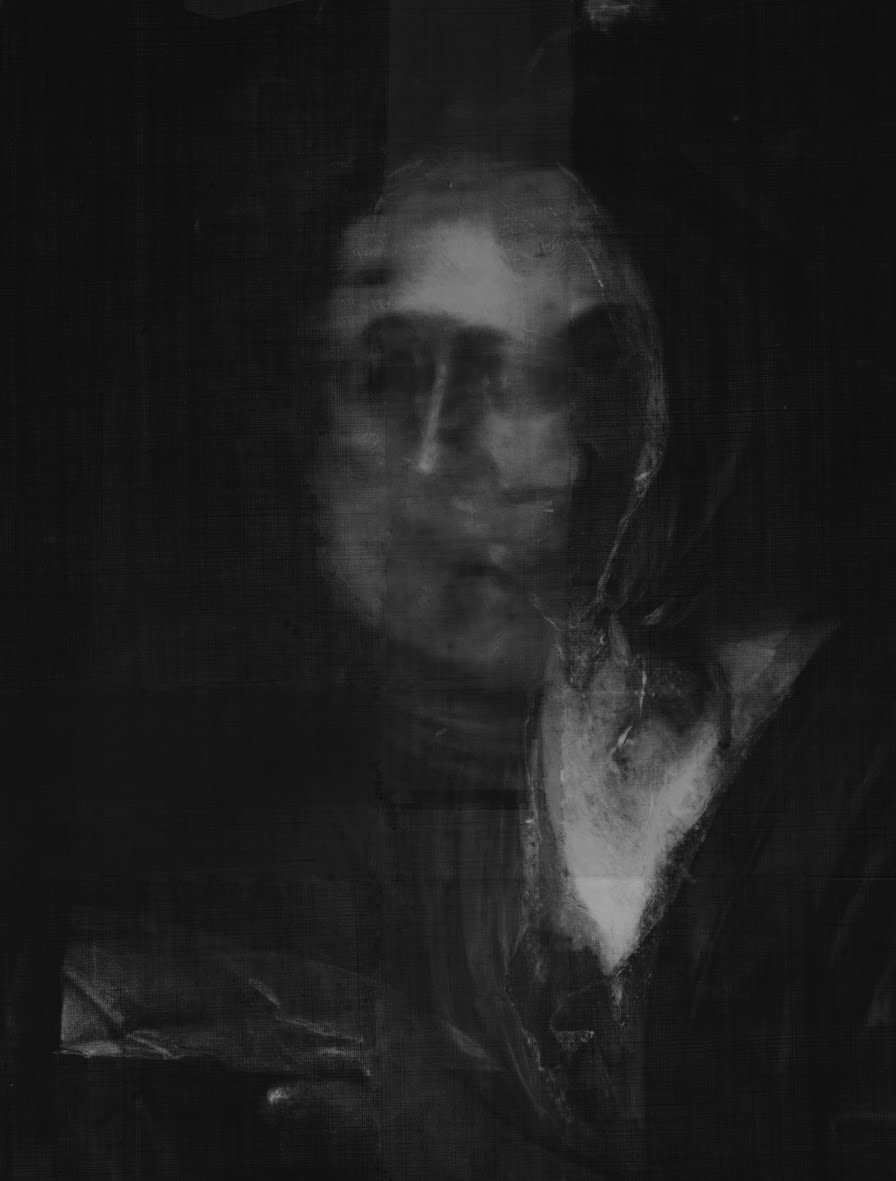 We will return to the Poussin radiograph throughout the year as questions about different parts of it come into focus, whether they concern the materials or technique or damage. In the next post we will look at the painting under ultraviolet light.